GIF Sundsvall came quickly back on track after defeat to Angelholm by a comfortable 3-2 win away against FC Trollhättan on Sunday, to top the Swedish Superettan.

Midfielder Alieu Jagne came in as a substitute in the 79th minute in place of second goal scorer Mustafi, who added another goal in his club’s account in the 66th minute.

The two other goals were scored by Durakovic and Sigurdsson in the 8th and 81st minutes, to give GIF 25 points and a two point lead on the table.

B. Mwila in the 25th and T. Mikaelsson in the 45 minutes' first half goals were not enough to keep bottom placed Trollhattan in the driving site, as both goals were nullified by GIF, who carried home three beautiful points.

After the match, team Coach Soren Åkeby praised the players’ morale, which enabled them to turn an underdog to victory in the match.

Attackers: Aziz Corr Nyang and Saihou Jagne did not make the squad that traveled to Trollhättan.

The leading GIF is getting set for another date against a home clash with closest opponents Norrköping on Monday July 5th, at the Norrporten Arena.

In the same league, Alagie Sosseh's Landskrona BoIS lost 4-2 to Hammarby, and is now 4th on the standings with 21 points.

Mohammed Mbye Assyriska drew 1-1 with Falkenberg, which gave them a one step shift to 7 position and 19 points. 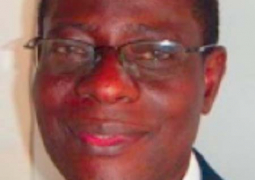 Justice Minister to new lawyers: ‘remain honest in all that you do’