'Jewel of India' over the weekend beat GPA to climb three steps higher on the five team cricket league as part of the second round matches.

G.P.A. won the toss and decided to field. Jewel of batted and scored 192 runs in 32.2 overs all out, with Mohsin scoring 45runs. Rizwan bowled 7 overs and got 7 wickets for 44 runs.

G. P. A. batted next after a close tight fielding with Ebrima Manjang taking 5 wickets in 5 overs for 44 runs. But they could only score 92 runs for all out in 15 overs.

Ismaila Tamba carried the cross for his team and stood there for some couple of overs but only finished his journey with 25 runs for his team. After a long hard battle,

G.P.A lost to Jewel of India who are now on top of the league with 18 points, fellow by Safeway Asia XI and Veterans with 12, G.P.A are with 9 and Wallidan 3.

According to Wilfred Riley, of the Gambia Cricket Association, in the weekend matches, G. P.A will meet Veterans this Saturday a derby match indeed for both teams to maintain a good position in the league while young Wallidan face Safeways Asia on Sunday. 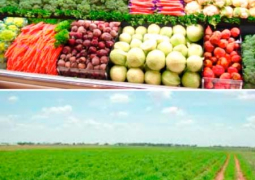