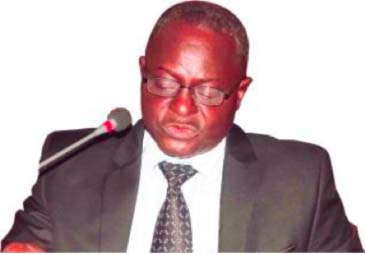 The Ministry of Finance and Economic Affairs (MoFEA) and the Auditor General’s department yesterday presented the Government Audited Accounts for 2012-2013 to the Public Accounts and Public Enterprises Committees (PAC/PEC) of the National Assembly.

Tabling the government audited financial statement for 2012-2013 before lawmakers, the Auditor General, Karamba Touray, said the debt database at the Ministry of Finance has the capability to capture domestic debt information.

He said the discussions with officials at MoFEA revealed that management of domestic debt is delegated to the Central Bank through an MoU signed between the two institutions.

Evidence of the MoU was not presented for audit review, he said, adding that there was no evidence of periodic independent review by the Ministry of Finance of all domestic debt information provided by the Central Bank.

Mr Touray further made recommendations and the implications it would have on the above issues, saying: “There is a risk that domestic debt information by the Central Bank is not accurate and complete leading to misstatement of the financial statement.”

“We recommend that all domestic debt information is captured by the Ministry of Finance, and the documentation remained outstanding up to time of finalising the report.”

He made a detailed finding on section 158 of the Financial Instructions, stating that: “The originals of payment vouchers and supporting document will be filed in numerical order by month and year by the Treasury directorate, to be available for audit and other inspection purposes.”

“We recommend that all payment vouchers are filed in numerical order by month and year as required by the Financial Instructions,” he added.

Furthermore, he added, they have established a taskforce to work on the backlog which shall be completed by the end of 2016, and the memorandum of understanding is available at the accounting unit of the Accountant General’s Department for review.

PS Camara also said they have reviewed the list of the unpresented payment vouchers and the analysis accordingly.

MoFEA authorities and the Auditor General are expected to return to the National Assembly today for consideration of the report on Government’s Audited Accounts for 2012-2013.