It is great that the 2nd Ordinary Session of the Pan-African Parliament has opened with a resolution, expressing concern over the appalling situation in namely, perennial instability, lack of security and countless loss of human lives.

Africans often tend to wait until the Eleventh Hour or even after an event before they started to respond. It is fondly known in some quarters as the 'Fire Brigade Approach'.

But that approach seems to be giving way to a proactive approach, now adopted by the African Union. This is a welcome departure from the conventional way of doing things.

It was Hon. Ibrahim Habeb Nur, MP of Somalia, who has raised the issue before members of the parliament. He said " has experienced almost two decades of severe instability, lack of security and countless human sacrifices. The blood of many women, children and the most vulnerable of the society has been repeatedly spilled in the country."

In his thinking, the Heads of State of the African Union and the United Nations should implement their resolution regarding military support to the Transitional Government by immediately sending the remaining 3,000 peace-keeping force.

Like everyone else, he knows that , like many African countries, is not immune to the devastating effects of crimes that have gripped the country.

Many African countries, for instance, are still suffering from conflicts, whether manifest or simmering. So, if the Heads of State of the African Union countries have failed to pay more attention to the situation in some of these countries, it is only natural that things would sooner or later lead to a catastrophe. And who suffers? It is mostly the women and children.

It is for these reasons, and a host of others, that Ibrahim's call must be taken seriously. "The African Union should put in place support mechanisms to train and retain the Somali internal forces, including facilitating the Transitional Government in recruiting and equipping over 40,000 internal security forces," he said.

What Hon Ibrahim is saying is that the African Union must take urgent measures to train and retain Somali internal forces in a bid to tackle the ongoing turbulence that is gripping the country.

Only Somalis themselves, assisted by AU leaders, can take to where it should be. That's those in a position to do so must act now, by taking the lead to bring lasting peace and stability in , and other countries in the continent.

The current situation, therefore, offers Heads of State of the African Union, all Somalis and members of the Pan-African Parliament a unique opportunity to prove to the entire world that they have what it takes, to save not only , but other countries in a similar situation from imminent danger.

Rather than waiting, the search for a solution to the problem of ongoing conflicts in must begin now in earnest.

The big question now is: How well would the African Union heeds the cries, and responds to the plight of Somalis?

"Unless someone like you cares a whole awful lot, nothing is going to get better.  It's not."
Dr. Seuss 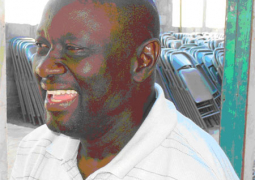