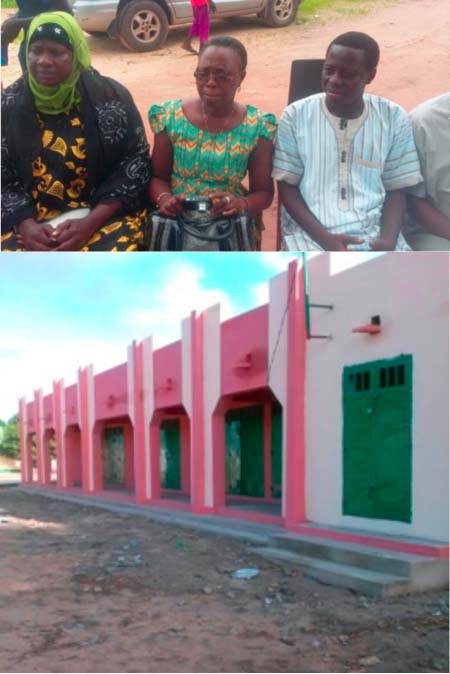 The Gambia Agency for the Management of Public Works (GAMWORKS) recently handed over three infrastructural projects to Brikama Area Council (BAC), after completing their construction.

The three projects were contracted to the country’s public works agency by the BAC under the Community-Based Infrastructure and Livelihood Project (CILIP) to the tune of D19,774,615.

The CILIP manager, Maria Dacosta, said on Tuesday that the undertaking of the contract and its successful completion and handing over of the projects originated from a strong partnership between her project and the BAC.

She hailed the BAC management for its timely payment of the required 5% counterpart contribution of D1,712, 459.14.

“I commend everyone for their contribution to the successful completion of the project,” she added.

She thanked the contractors and consultants for the completion of the projects, and called on the beneficiary communities to ensure the proper handling of the facilities.

“The contractors are required as per each contract to repair necessary defects within one year period,” she remarked.

“Their completion and handing over is a strong achievement of the council,” he added.

He welcomed the support and cooperation of the contractors, consultants and beneficiary communities from the inception to the completion of the projects.

Chairman Sanneh equally appealed to the people of the region to always endeavour to make timely settlement of their rates and taxes and other dues, to enable the council to continue providing projects that will be beneficial to them.

He also expressed his council’s strong commitment to taking development projects to the region.

The deputy governor of the region, Musa Amul Nyassi, said the completion of the projects “is a milestone achievement of the council”.

Nyassi called on the young people of the region to engage themselves in entrepreneurial activities which, he said, is in line with President Yahya Jammeh’s Vision.

“Let me also appeal to the beneficiary communities to ensure the responsible handling of the projects,” he added.

Lamin Sanneh, permanent secretary 2 at the Ministry of Lands and Regional Administration, commended the BAC and GAMWORKS for the projects.

The Brikama-Kasa Kunda road, in particular, will enhance the movement of people and promote trade by connecting Kasa Kunda and the surrounding village with Brikama, he said.

PS Sanneh commended President Jammeh and his government for always creating the enabling environment for development.

The chief executive officer of the council, Mam Sait Jallow, said all the projects are purely community-driven.

He commended the government for creating the enabling environment that led to his council’s benefiting from CILIP.

The projects “will improve the livelihoods” of the beneficiary communities, he said, while appealing to the people of the region to always be tax compliant, which will enable the council to undertake more development projects.