In their bid to complement government's effort in providing quality and relevant education for all, Georgetown Trust, a US based trust fund recently assisted Armitage School and Janjangbureh Upper Basic School.

The support came in a form of sponsorships for male students of the two schools. Janjangbureh Upper Basic School benefited from D42, 000 for 103 male students from grade 7 to 9, while Armitage Senior Secondary received about D140, 000 for 79 students from 10 to 12. Also arrears for 27 students from Armitage for the 2008/2009 academic year were also paid.

Speaking at the meeting held at the school, Mr. Richard Lyon, the founder of George Town Trust Fund said the aim of the trust is to support the poor and needy students.

According to him, this is an ongoing routine for the past years, aimed at complementing government's effort towards achieving quality and relevant education for all. He urged the students to take their academic work seriously as the sponsorship is based on merits.

For his part, Mr. David Haffner, the Principal of Armitage Senior Secondary School commended the trust fund for the benevolent gesture, adding that the fund is for the payment of school and examination fees.

He spoke of the importance of education, adding that education is the key to all developments. He assured the trust fund that the funds would be used for its intended purpose, while urging the students to live up to expectations as the sponsorship is based on merits.

Mr. Baboucarr Suwaneh, the Regional Education Director for Central River Region hailed Mr. Richard Lyon for his laudable gesture, adding that it would go a long way towards complementing government's effort in realising the MDG's.

He then called on other philanthropistic NGOs to emulate George Town Trust Fund. 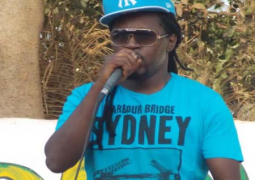