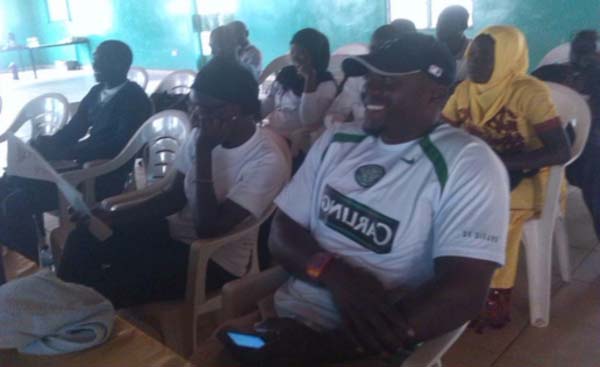 The long-day activity was designed to create a platform for the members to review of the national activity report for the year ended 2015.

The ceremony was held at the President’s International Award Scheme premises last Friday.

The day-long retreat also witnessed technical analysis, provided recommendations, and finally validation of the report and it would also encompass the formulation of a term strategic/action plan targeting the intervals of January 2016 to December 2017.

This plan would serve as a guideline for the effective and efficient implementation of activities/programmes that are in relation to the organizational areas of intervention.

It is equally noteworthy that this document will enhance the pre-planning mechanisms in enabling the association to be able to actualize the objectives of its desired initiatives.

The activities presentation of GAHA draft report (activity and finance 2014/2015) , review of draft report (activity and finance 2014/2015) , suggested activities for 2016 , presentation of PIA work plan for the award programme, formulation of the GAHA action plan 2016 and way forward(how do we make sure GAHA activity is strengthened).

“We are a legally registered youth association under the National Youth Council Act.2000,” he said.

He added that the GAHA was established after the first gold awarding in The Gambia in 1986, to help sustain and encourage Award participants and also bring Gold Holders together to complement the efforts of the PIA.

The association, however, always strives to overcome its objectives in bringing gold award holders together to share experience of the award, and help young people to fully develop their hidden talents through encouragement into the award programme, and to develop a sense of responsibility in their community through adventure and implementation of the award programme, he said.

He also added to assist in the fight against social vices such HIV and AIDS, malaria through community outreach and protecting the environment through tree-planting, to encourage youth entrepreneurship for employment and employability and the training of our members in key areas relating to youth development and promoting the MOYS and NYC agenda

“As it is known, that young people growing up in this modern complicated world have many difficulties to face, most especially those living in the third world; these young people often have limited opportunities for personal development and achievement.

“With this background, the Award programme is intended to assist young people in such situations and those concerns of their welfare.”

“In complementing these efforts, the Gambia Gold Award Holders’ Association was established. It comprises young people who have completed their Award at Gold level and intend to continue sharing their skills, knowledge, and experience already gained with communities, schools and young people at large.”

He pointed out that membership of Gold Award Holder, that has registered with them, automatically met the criteria to become GAHA members and received their gold medal and certificate; and to ensure that GAHA becomes more than simply a social grouping of Gold Award Holders.

“We engage award participants, and give them a stake, and groom them to become members upon completing their gold level in the award programme. Such is the way that GAHA generates membership.

“To ensure that the number keeps growing in both quality and quantity, we established a registration policy to ensure proper recruitment of membership and, in order to become a member, one had to become a Gold award holder under the PIA, pick and fill the registration form costing D25 with a passport-size photo and the individual should be consistent in activities and pay his/her monthly subscription regularly.”

He added that the executive committee always takes the lead in activities/project implementation. The EC most of the time provides expertise and resources in setting them up, but the ideas and initiative come mostly from GAHA members themselves. This is all geared towards the talent of young people.

“As for the period, GAHA comprises over 300 active members within the Greater Banjul Area, Lower River Region and North Bank Region. We have youths that are aware, who have a sense of responsibility for themselves and believe their community will soon be one of the most developed nations in the world.”

He said the national youth camp was organized by the National Youth Council with support from the UNESCO National Commission (NATCOM) through the Ministry of Youth and Sports.

It was a three-day camp which brought together over 30 representatives from the youth council, regional youth committees, national youth organizations, and satellite institutions. The camp presentations where focused on key areas which included:

All the VIP tents were filled with invited guest as they kept on receiving prominent delegates before the final arrival of the President of the Republic.