The s representative in the forthcoming CAF champions league Armed Forces has organised a news conference at the President Jammeh's Joint Officer's Mess in Kotu, aimed at informing the public about the event and to seek their support ahead of the highly-anticipated champions league matches.

The team has since set up an Organising Committee, headed by Brigadier General Saikou Seckan, which also comprises various sub-committees, such as accommodation sub-committee, security sub-committee, among others. It's purposely meant to put in place logistic arrangements to ensure the successful participation of Armed Forces in the most anticipated champions league, the first leg of which will be hosted by The Gambia, slated for February 13th 2010, at the country's biggest football arena and the return leg two weeks later against Jeunesse Sportive De Ksbylie (JSK) of Algeria in Algiers.

He took time to recall the day when Armed forces were crowned the Division One league champions with an impressive total of 44 point. This achievement, he added, has once again demonstrated Armed Forces valuable contribution in promoting football in the country.

The Deputy Chief of Defence Staff reminded the Armed Forces team and the Gambian people at large about the daunting challenges ahead of them.

He called on the entire Gambian people to rally behind the team to ensure successful participation of the team in the champion's league, describing the event as a national duty, given the fact that Armed Forces are going to represent the nation.

"It is a national duty and any amount you contribute will go a long way in trying to ensure Armed Forces successful participation in this endeavour," he added.

The Chairman of the Organising Committee Brigadier General Saikou Seckan, who delivered an introductory remark, told the gatherings that the purpose of the news conference was to sensitise the public about the forthcoming match.

The newly elected Second Vice-President of the GFA, Lamin king Colley who spoke at the news conference, on behalf of the GFA boss appealed for massive support ahead of the tournament before donating an amount of D5.000 as part of his joint contribution alongside Seedy Kinteh to the Armed Forces Football Club. 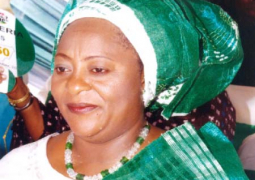 Statement by Hon Chief Justice A. K. Savage at the Enrolment of Legal Practitioners on 16th October 2008,High Court Room No 1