Three crucial goals from JS Kabylie's Ousalah Nasssim, Meftah Mohammed and Seguer Mohammed were enough to send Armed Forces out of the Confederation of African Football Champions League on Saturday, at the Tizi Ouzou Stadium in Algeria.

The Algerian side who were sure of booking a place in the second stage of the championship opened the scores in the 24th minute.

Meftah Mohammed doubled the lead in the 53rd minute from a penalty.

The Gambia's league champions who were beaten 2-1 a forth-night ago in the first leg in Banjul further succumbed to another in the 83rd minute.

Coach Alagie Sey and his boys whose hope of turning the contest in their favour in Algeria failed to meet their target.

The team which is currently at 4th position with 9 points in six matches in the domestic league returned to Banjul Sunday morning. 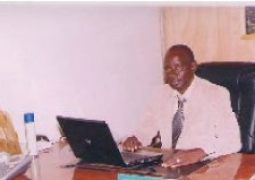 The Catholic Church of The Gambia draws a Child Protection Policy