APRC supporters in Banjul over the weekend reaffirmed the support for the former Mayor of the Banjul City Council (BCC) Samba Faal to run for the Mayorship election at the April 4th 2013 Local Government Elections.

Speaking at a meeting held in the city, Mass Axi Gye, Minister of Fisheries and Natural Resources, said the meeting was convened for the unity and development of Banjul.

According to him, the people of Banjul had already got a candidate for the mayoral election. As he puts it, the people of the city have chosen Samba Faal to be their candidate.

For his part, Alhaji Mbye Chow, the new chairman of the BCC interim Management Committee, said they convened the meeting to show their solidarity with Samba Faal for the next mayoral election.

He described Samba Faal as someone, who worked immensely towards the rapid development of the city during his term as mayor.

Ajaratou Fatou Bah, the deputy national women mobiliser of the APRC, said Samba Faal has contributed immensely to the welfare of Banjulians in the areas of education and health.

In her words, Samba Faal is honest and a truthful person who has dedicated all his life to the people of Banjul. 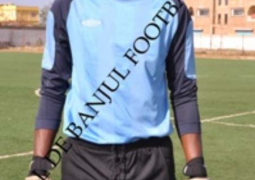