Journalists from across West Africa are gathered in Monrovia, Liberia, for a two-day sensitization seminar on Anti-Money Laundering and Counter Financing of Terrorism (AML/CFT).

Organised by the Inter-Governmental Group of Action Against Money Laundering in West Africa (GAIBA), the seminar under way at the Liberian Chamber of Commerce, brought together journalists from the sub-region with a view to building a strong alliance with the media for effective dissemination of AML/CFT messages, and to improve the network among journalists in promoting the implementation of effective AML/CFT regimes in the region.

The seminar targetted economic and financial crimes reporters from English-speaking ECOWAS countries, and is also aimed at building the capacity of media practitioners and to acquaint them with regional initiatives on AML/CFT frameworks, especially the mandate of GIABA in the fight against the scourge of money laundering and terrorism financing.

It is the third edition of such training seminars by GIABA on AML/CFT for media practitioners from both the anglophone and francophone/lusophone ECOWAS member states.

In officially opening the seminar, Hon. Norris Tweah, acting minister of Information, Culture and Tourism of Liberia, described money laundering as a borderless menace that threatens governments the world over.

Minister Tweah told participants that "there is a realization that journalists and media practitioners will have to get more engaged in the process of disseminating factual information about money laundering and financing of terrorism, if we are to achieve serious gains in the fight against money laundering and anti-terrorism financing".

He stated that "the issue of language has to be strongly considered if we are to communicate anti-money laundering messages effectively. That is why a seminar like this one aimed at training journalists in anglophone ECOWAS countries in writing articles and doing general coverage of the war on money laundering and financial support to terrorism is very crucial, especially for the sub-region (Liberia, Guinea, Ivory Coast and Sierra Leone) which has experienced waves of wars and extreme instability," he added.

In his keynote address on behalf of the Director General of GIABA, Buno Nduka from the GIABA secretariat told journalists that GIABA is a specialized institution of ECOWAS established by the authority of heads of state and government of ECOWAS in 2000.

GIABA, he added, is recognized as a Financial Action Task Force in 2006, and in June 2010, the institution was granted associate membership of FATF, the regional body responsible for standards setting of the fight against the menace.

Speaking on behalf of the Executive Governor of the Central Bank of Liberia, Joseph K. Jalloh, from the bank said that without funding, criminal terrorists will not be able to carry out their activities for long.

"Their survival depends on their continued ability to manipulate flows of money through financial systems. One thing that is clear is that a national level response is not going to be enough to defeat a transnational enemy; every member of the global community will need to have in place equally robust anti-money laundering and counter terrorists-financing or AML/CFT regimes," he stated. 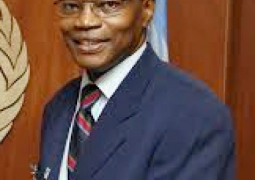 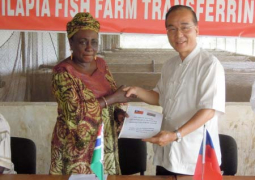