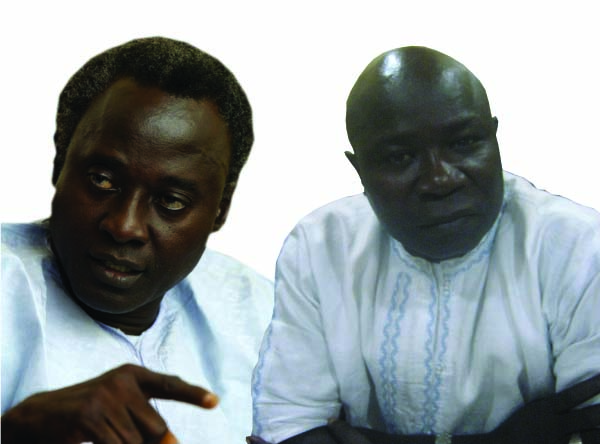 In the build-up to the coming presidential, parliamentary and local government elections, which are due next year through 2013, one of The Point's political correspondents went out and about to elicit comments from notable political functionaries from the ruling Alliance for Patriotic Reorientation and Construction (APRC) and the opposition People's Democratic Organization for Independence and Socialism (PDOIS) on their party's plans and preparations.

While Halifa Sallah, Secretary General of PDOIS, claims that his party is more organised, systematic and determined this time around and thus expects an electoral outcome in 2011 that is different from that of 2006, Yankuba Colley, the APRC National Mobilizer and Mayor of the KMC, is of the view that the opposition camp in the country had never posed and will never pose any threat to the ruling APRC party.

What follows are the views of the two on a number of issues relating to the coming national elections:

"My advice to women and young people is very simple. The voter's card is a symbol of sovereignty, empowerment and national liberation. Up to 1960, the people in the rural areas, men and women included, did not have the right to vote. The right to vote was extended to all matured citizens in 1960, to enable the Gambian people to take charge of their destiny. It is the votes of people which made Gambia a Republic. It is the votes of the people which give other citizens like us the authority to become members of parliament, mayors, councilors, or even serve as our president. A person who does not exercise his or her right to vote has sacrificed his right to have a say on how his or her country is governed. Such a person has no voice, and is no different from beasts without any sense of nationhood.

"Such a person is not fit to be a citizen of a country. In many countries, like South Africa, people had to struggle and die just to enable the vast majority to acquire the right to vote. Universal suffrage did not come to such a people on a silver platter. It had to be won through blood, sweat and tears. Each Gambian who is eighteen should see himself or herself as the custodian of the sovereignty of the nation. They are responsible for its destiny. Each should reflect whether this is the type of Gambia that should remain until the year 2020.” The opposition politician then went on to give the following list:

"Number 1. In my view, the youth and women have a greater interest in exercising their right to vote. Over 180,000 children are in our primary schools, over 60,000 in our upper basic schools and over 28,000 in our senior secondary schools. Every twelve years, these grown-up boys and girls find themselves in the street looking for jobs, which are hard to find. Hence, many cannot build families, and most stay in overcrowded homes staring at a bleak future, which they alone could change with their votes. If they refuse to vote, they should blame no one for their predicament, but themselves.

"Number 2. It is important for me to inform you that Agenda 2011 has been transformed into a programme with many facets. In order not to repeat the mistakes of NADD, consultation started with the grassroots. As for NADD, consultation started with the leaders. The initiative collapsed before we could fully enlighten the people on its terms and conditions. Under the Agenda 2011 programme, consultation started at the grassroots. The other parties are also encouraged to begin grassroots consultations if they have an alternative agenda. Once parties are satisfied with their grassroots consultations, they should be able to consult with each other with confidence, knowing that they know the mind of the people at the grassroots level. As we campaign for Agenda 2011, we do come into contact with other party supporters. We often ask them to find out the option of their leaders, and propagate it among the people so that we could find out what the people want before parties sit to negotiate terms and conditions of an alliance.

"Number 3. We have worked out a viable strategy and tactics to present a united opposition, and have started to sensitize the population on time. We have gone very far in our enlightenment, organisation and mobilization of the population. We expect to complete our consultation exercise with the people by the end of November 2010. We should then begin consultation with civil society and opinion leaders and, finally, with the political parties. We hope the political parties which have different options for creating a united opposition are also on the ground to put their options before the people, and do intend to consult us on the basis of their own schedules. We are more organised, systematic and determined this time. We, therefore, expect an electoral outcome in 2011 that is different from that of 2006.

"Number 4. It is the people who matter in politics. Leaders only have one vote.  We should spend time to find out what the people want rather than predicting failure for the opposition. Each Gambian should ask himself or herself whether one has taken a stand for change. If each Gambian spends more time trying to convince 10 others to take a stand for change, then change will come. When the people take a stand, leaders have no choice but to respond to their demand or risk marginalisation. This is the dictate of political science and history, and it is irrevocable."

"The APRC is the people's choice. The reasons are clear, and the hopes are always high. Remember, the party's leadership has done everything for Gambians. They have gone even extra than what was promised to Gambians. So, our leader has delivered on all his promises to Gambians. Definitely, there is complete change in this country, since the APRC took over. You hardly walk for 1km without seeing an upper basic or senior secondary school in this country. So, thanks to the APRC, all these developments are taking place.

"This is what Gambians are looking for, and not those calling themselves an alliance, thinking that they can defeat the APRC. No, they are joking! They are jokers. I called them jokers, because for us at the APRC, these people are not our agenda.

"Our agenda is how to make sure that we give Gambians a better living condition. That's the agenda of the APRC.

"They have never been a threat, and will never be a threat. As you can see, we are going for a by-election in Sare Ngai ward in few days to come, and we will defeat them heavily, as has always been the case.

"We want to win 100%; that's what we want because we deserve it. We’ve worked for it, the President has promised everybody, and has delivered beyond expectations on all that he promised.

"For them, you have never seen them going to congress. Yes, the UDP has gone to congress right. But have you ever heard them talk about the monies that they collected from Europe?

"Every now and then, they hold their bags and travel to Europe to get something for their parties, but they have never explained that to their electorate. Have you ever heard them change their executive members? No!

"These are the words that should be used in describing the opposition. They are running their parties single-handedly, and they know what I am saying.

"For us, we sit as a team, we sit as a committee, and we sit as a party. That's how we operate. It is only in the APRC that you will go to any village and find an APRC committee. And we derive our actions through those people.

"You understand that's how we work. We derive our party programmes through the grassroots committees. That's where we take ideas from, and bring them to the national level, discuss it and go down again to the grassroots level to solve the problems. Really, it is not a one-man show.

"Come 2011 elections, there will be nothing like voter apathy. In fact, I am also asking the opposition to go out and campaign vigorously to put an end to voter apathy. Voter apathy is not about people going against the government or people feeling just relaxed. Most of our supporters only sit and say 'APRC is going to win, so let us not even vote.' This is why, sometimes, we don't defeat them (the opposition) mercilessly, but we have the support on the ground.

"Anywhere you go to in this country, I'm telling you, we are 90% per village. So that’s not the problem. The problem about this low voter turnout is not about people supporting a party, it is about people relaxing.

"Gambians have for the past 16 years witnessed tremendous developments registered under the APRC regime. All these happened thanks to our party leader, President Jammeh, who has done so much for this country. He delivers on every promise made. That's how he (President Jammeh) is, and he will continue to deliver. We the APRC are not thinking about the elections. It's a forgone conclusion that victory is imminent for us, and come 2011 elections, the APRC will come up with a landslide victory. This is obvious.

"We are thinking about how to develop the Gambia; how to move this country forward, how to make the citizenry OK; That's the concept of the APRC, and not about struggling for power.  That's not the concept.

"Our leader is not struggling with anybody. This is why he declared that he will not campaign in the next elections. He is not campaigning, and will not campaign. We will use one of his gowns and place it on top to campaign with the so-called power strugglers.

We are not struggling for any power. They (the opposition) are the ones struggling for it. It fits them to say they are a one-man show. Their parties are a one-man show. I’m telling you, and am repeating this, and let it appear. They are not genuine. We don't have any genuine opposition here. None of them are genuine. Have you ever heard of an opposition acknowledging the developments registered by the APRC? It’s only Shyngle Nyassi, who did so and, apart from him, none of them have ever talked about it.

"You want to tell me that from the beginning to date, the APRC has not done anything good in this country? You, as a journalist, tell me, you have to answer my question. At least we have done something.

"There is electricity; there is brightness all over Serekunda, and there are new hospitals. My friend, if all these were done before; if the people who are crying were the ones who were at the helm of affairs before the arrival of the APRC, then this country would have been on top today, considering the developments registered by the APRC within this short period. So, for those people, they will always see the APRC as their enemy, when we are not an enemy to anybody.

"People will come to me, and say we’ve come to join the APRC, and to make it clear, I just put it in the media. I put it there so that the opposition will know that they are losing their support. They don't have support and, very soon, they will start to pack their little bags and go to Europe, where they beg for money or say something that is not even happening in this country.

"They give a negative image of this country to Gambians or non Gambians outside the country, so that they can get something. There are organisations that are only interested in seeing a peaceful country like The Gambia destroyed, but they will never succeed."

Previous:
'I was charged D60,000 for conditional release of my brother'
Next:
Iron rods thief convicted 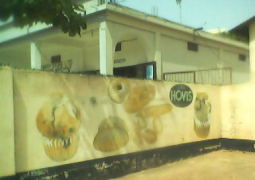