Following his untimely death on 8 January 2010 in Cuba, hundreds of people yesterday gathered in his home village in Kerr Demba Holleh in Upper Niumi district to pay their last respects to the late Amadou Sowe former Program Manager at the Health Education Unit of the Ministry of Health and Social Welfare in Banjul.

Speaking at the gathering, the Minister of Health and Social Welfare, Dr Abubacarr Gaye, described the late Amadou Sowe as a  hardworking health officer who had dedicated all his life towards the development of the health sector, adding that during his lifetime as a civil servant Sowe had served the nation to the best of his ability.

He pointed out that the medical treatment of the deceased in Cuba was personally sponsored by President Yahya Jammeh, and not government.

Minister Gaye seized the opportunity to thank President Jammeh for the good gesture.

The Governor of North Bank Region, Eduward Seckan, said the late Amadou had significantly contributed towards the development of his village, and the Gambia as a whole.

He described the late Sowe as a religious person, and urged the youth of North Bank to emulate him, noting that he was somebody who had never forgotten the development of his village.

Governor Seckan thanked the National Assembly member for the area Hon. Mam Chernor Jallow for his support extended towards the late Amadou during his illness.

Imam Sheriff Jallow of Kerr Mama said the late Amadou Sowe was a religious person who respected the religious leaders of the region, and prayed for the departed soul to rest in perfect peace.

The funeral was witnessed by Sowe's colleagues at the Ministry of Health, officials from the World Health Organization, UNICEF, MRC, media personnel, friends and relatives from the Gambia and Senegal. 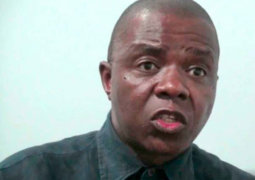 Ministry has no right to micromanage UTG, says Dr Yaffa

A letter to an old friend