One Ebriama Jallow, an apprentice was recently convicted and sentenced to a fine of D2000, in default to serve six months in prison for stealing a windscreen.

He was also ordered by the court to pay a compensation of D3, 000 for the repair of the windscreen, in default to serve another two months in prison.

He was said to have stolen a windscreen from a motor vehicle of one Sanna Ceesay of Busumbala, valued at D5, 5000.

After reading the charge sheet to the convict and interpreted in a local language he claimed to understand, he pleaded guilty and begged for mercy, saying that he was just a mere apprentice. 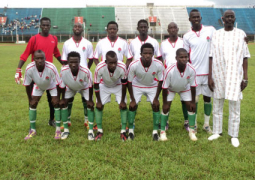