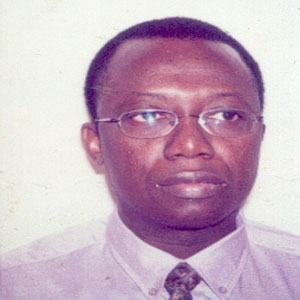 The Executive Director of the National Environment Agency (NEA) has said that his office, in partnership with the municipal councils, public health authorities, and Department of physical planning will embark on a massive enforcement campaign on the Anti-Littering Regulation immediately after the rainy season particularly in the Greater Banjul Area (GBA) and other major growth centres throughout the country.

Momodou B. Sarr make this declaration at the opening ceremony of a two-day sensitisation training workshop for the KMC Fans Club recently held at the President's International Award Scheme in Bakau.

This aim of the workshop, according Sarr, was to sensitise the municipal fans club on the anti-littering regulations passed into law in 2007 by His Excellency the President Alhagie Dr. Yahya AJJ Jammeh. He therefore posited that the political will exists to enforce these regulations with great vigour at the highest level of government.

"We must all fight littering because it is not only a public nuisance, but there are many other negative environmental impacts as well. Litter can harbour disease vectors such as rats, mosquitoes, flies or cockroaches. With such vectors diseases are easily spread to the wider population," Sarr pointed out.

Adding on, the NEA boss said another serious public nuisance is the discharge of wastewater from compounds into the public street. This practice is against the law and is now punishable with fines of up to D5000. Compound owners are therefore strongly urged to provide soak-ways for their wastewater before the start of the campaign.

The image of any country, he said, is always negatively affected by widespread littering, and numerous social studies have also confirmed that areas with high incidence of litter invariably have a high level of lawlessness and are therefore very unsafe. He nonetheless pointed out that such an image of The Gambia could adversely affect our very vital tourism industry, and keep tourists away.

Furthermore, the NEA Executive Director said litter is also much more expensive to manage because each piece of litter is generally hand-picked, which is time-consuming and unnecessarily expensive of tax-payers. "In The Gambia, the complaint from the general public has been that there aren't enough dustbins in the streets for the public to throw their litter. That problem is gradually being addressed with the placement of more dustbins at strategic locations within the KMC. But it should not be used as an excuse for littering as all of us have a moral obligation to keep our environment clean and green," he said.

The KMC Youth Fan Club has been the most responsive youth organisation to any environmental activities spearheaded by the NEA according to Sarr. Although the co-operation between the NEA and the Fan Club has existed for several years, as it culminated during the African Union Summit Meeting held in The Gambia in 2006. The whole-hearted intervention of the Fans Club to keep the environment clean along the major routes during the AU Summit contributed towards making that forum one of the most successful in the history of the African Union.