The trial of former Inspector General of Police, Ensa Badjie and two senior military officers: Lt. Colonel Mam Matarr Secka and Major Kuluteh Manneh, suffered another setback. The three are facing trial under a 51-count charges, before Justice Emmanuel Amadi, at the high court in .

In these circumstances, he said he was applying for a three-week adjournment, to enable the prosecutor handling the case to be present in court.

Defence counsel Borry Touray rose and told the court that the state counsel's application was unacceptable, since the DPP had earlier announced in that court that he was personally handling the case.

The defence counsel said the DPP was the one conducting this case, alongside his deputy M Abdullahi, both of whom are in the jurisdiction.

He told the court that at the last adjournment date, state prosecutor A. Muhammad came to court with limited instructions.

"It is not fair to me as counsel, the accused persons and their families," Touray submitted.

He said the Chief Justice has given administrative directive to all the courts that this particular case should be given special priority. He submitted that he did not apply for bail for his client, but the court has the right to grant them bail.

"My lord, because of this case, I adjourned all my cases at the Brikama Magistrates' Court, to enable me attend this case," he submitted.

Lawyer L. K. Mboge, representing Major Kuluteh Manneh also opposed the prosecution's application for an adjournment. He said the case is not a personal case. "It is a case of the state, and there are several state counsel at the Attorney-General's Chambers," he submitted.

He added: "If one travels, there is another state counsel to proceed with the case."

"My Lord, three weeks adjournment, to wait for one person to come is ridiculous. It is unfair on the side of the accused persons, and I urge my lordship not to grant the prosecution's application for an adjournment," LK Mboge further submitted.

He told the court that, in these special circumstances, the court could even review its ruling on the bail application for his client.

The trial judge did not like this statement, and told defence lawyer Mboge that the court already delivered its ruling on the bail application. He added that if the lawyer is not satisfied with his ruling, he can appeal to the Court of Appeal.

Justice Amadi, after listening to both parties, warned the prosecution that if they are not ready to proceed with the case at the next adjournment date, he would not hesitate to strike out the case.

He granted the prosecution's application for an adjournment, and the case was adjourned to 5th, 6th, 9th and 10th August 2010. 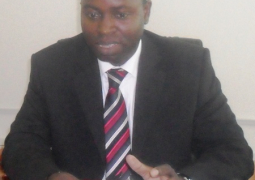