Ali Mbye, a Senegalese butcher, was on convicted and sentenced to a fine of D5, 000, in default to serve four months' imprisonment for selling a kilo of steak at D110 instead of the stipulated price of D80.

Senior Magistrate Mbackeh of the Kanifing Magistrates' Court handed down the sentence following the accused person's plea of guilty.

Prosecutor Corporal 358 Sarr supplied the court with the facts of the matter before the accused was convicted.

In his judgement, Magistrate Mbackeh told the court that no one in the country could claim to be unaware of the stipulated price of steak of meat.

He stated that it was unfair for a few people to go on exploiting the masses. He further indicated that such actions are not in the public interest and must not be allowed.

It could be recalled that Magistrate Mbackeh had earlier convicted one Abdoulie Njorr, also a Senegalese butcher, on for the same offence.

Prosecutor Corporal 358 Sarr was also the prosecutor in that case. 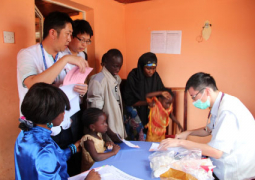