The Kerr Mama Sports Committee under the leadership of Bai Dodou Jallow on 10 February 2013 successfully staged the finals of this year’s Nawettaan tournament.

The match, which saw Bakalarr FC become champions in the tournament for the first time, was played at the Alh Gabbi Sosseh Mini Stadium in Kerr Mama.

The game, played in front of thousands of jubilant football fans, was fiercely contested.

The first half ended goalless. Both teams worked very hard in defence, which limited the number of chances for both sides.

The second half saw a completely different ballgame. Pakau Saloum scored a wonderful goal in the 60th minute of the game.

Jimba Sarr took his time to comfortably convert a sublime cross from winger Modou Gaye which saw the ball beautifully hitting the roof of Bakalarr’s net.

Bakalarr responded quickly with an equaliser when Pakau Saloum goal keeper mal-handled a ball in the penalty area.

The game was heading to penalties when the individual brilliance of Lamin Saine, aka Iniesta, of Bakalarr caused a new twist in the game.

Saine scored a solo goal after dribbling passed three defenders before slotting the ball in the bottom left corner of the Pakau post.

The goal sent the Bakalarr fans into a rapturous celebration and Bakalarr were able to hold on to winning the trophy in their first appearance in the tournament.

The Secretary General and Minister for Presidential Affairs Dr Njogu Bah, after taking the kickoff, gave a strong piece of advice to the youth of the region.

He challenged the youth to be more focused in their educational pursuit and to continue to participate effectively in community activities such as nawettan football.

He urged the youth to be disciplined, saying they should take the opportunities provided for them by the Government of The Gambia under the leadership of President Yahya Jammeh.

At the end of the game, commented on live by Radio Gambia and covered by GRTS television, the various dignitaries including the MP for Upper Nuimi Hon. Cherno Omar Jallow took time to advise the youths on good attitudinal change to ensure progress in the region.

The 13th Kerr Mama tournament is once again played in the name of Alh Badou Jasseh who before his demise was the chairman of Gambia Football Referees’ Committee.

The objective is to keep the legacy of Alh Badou Jasseh and bring into focus his immense contribution to Gambian Football.

The tournament is sponsored by Baboucarr Jallow, who is a native of Kerr Mam based in the United States.

Baboucarr, who is currently a referee in the topflight league of American Soccer, was recruited by Alh Badou Jasseh and he became a FIFA referee before travelling to the United States.

Alh Badou’s contribution to his career success was among the key motivating factors in naming the tournament after the legendary Gambian referee.

The champions Bakalarr were awarded the trophy and a cash prize of D10,000.

Mamuda village were awarded the most disciplined team and the tournament top scorer Lamin Saine was also awarded with a brand new football.

The match was punctuated with series of displays from the fans of both teams. 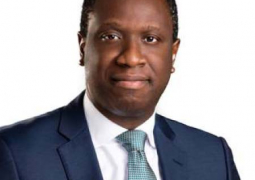