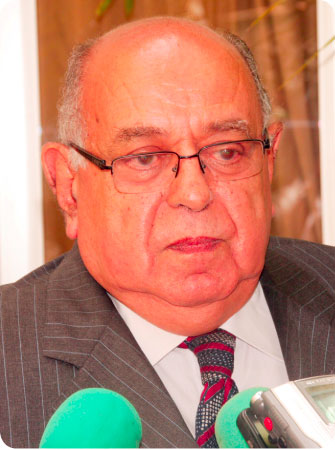 Abdul Latif Nehad, special envoy and ambassador of Foreign Affairs told waiting reporters after a closed-door meeting with President Jammeh that he delivered a message of friendship on the historic and friendly relations between The Gambia and Egypt.

Nehad also told journalists that his mission to Banjul was to explain to President Jammeh the situation and recent developments in Egypt and also to benefit from the wisdom of President Yahya Jammeh and his experience.

‘‘He (President Jammeh) listened to me very carefully, and he expressed The Gambia’s support for the aspirations of the Egyptian people, and for the roadmap that has been elaborated by the Egyptian authorities for the next few months,’’ he told reporters.

Commenting on Egypt’s political roadmap after the removal of President Muhammed Morsi by the military a few weeks ago, the special envoy said the roadmap is very clear with the timetable identified.

‘‘First, we had a civilian government which is open to everybody to join and at least we have a prime minister and qualified ministers, experts in their field

‘‘The second point was the establishment of an expert committee consisting of legal experts to look and consider the amendments of the constitution; then in 15 days, they would present their report to another committee which is more broader and wider consisting 50 people from different political parties and different religious communities, women and young people,’’ he stated.

This, according to the Egyptian envoy, will take three months in other to write a constitution which is really democratic, and which will really reflect the hopes and aspirations of the Egyptian people.

He told journalists that then it will be submitted to a referendum and after the referendum, if accepted, we go to legislative elections, then to presidential elections within a time table of 8 to 9 months.

On the security situation, the Egyptian envoy said: ‘‘The security situation, we have two problems: one is the increasing and the escalation of terrorist acts and crimes in the Sinai peninsula, which in the last ten days has increased a lot and the armed forces are taking all the measures in other to counter these terrorist attacks, that has surprisingly been very active in the past fifteen days since the events and the changes that have occurred.’’

According to him, the security situation in the rest of the country is now relatively much better than it was a few weeks ago.

However, he noted that the situation ‘‘needs a lot of attention, it needs a lot of efforts because we need security and we need political stability in order to have an economic recovery and to have tourists back in Egypt, investments and so on.’’