She was not only a devoted Muslim and a colleague in the media, but was equally a wonderful individual with an outstanding character who can turn the difficult circumstances into a very comfortable situation, her father said of his late daughter, whose death has left everyone including her colleagues in the media in shock and surprised, when the sad news was announced on October 31st 2009,  after a brief-illness.

She was an important member of the family and, more importantly, she was very easy to deal with due to her wonderful listening skills, as well as her fantastic approach towards people.

The late Fatou Mbye was born in Sukuta Nema in 1982, and started her school career with her home town school, from 1989 to 95, before proceeding to where she spent three successful years.

"During her stay in the school, Fatou was an outstanding student with impressive leadership qualities. The late Fatou has always been respectful, but also demanded a lot of respect," Bakary Mbye, father to the deceased, told this reporter.

She was honoured with two leadership roles when her class-mates appointed her as their class prefect. Fatou was also appointed as a councillor by her colleagues, as a result of the cordial relationship that exist between her and her schoolmates.

Fatou in 1998 proceeded to , where she also the captured the hearts of many people as a result of her reading skills, among other qualities.

During her time in Nusrat, she also earned the admiration of a good number of her colleagues, and in the process was appointed as the deputy head-girl of the school and was a key member of Nusrat board, a peer health educator, among others, important roles she spear-headed.

Fatou of all people, according to her father, Bakary Mbye, has repeatedly expressed her desire to become a great sports enthusiast since she was a little girl, adding that it was not a surprise for him to see her excel in sports.

"She fell in love with Journalism since her school days, and I remember her telling me one day that I would like to work either with the television or the radio, and there was no other option than to give her the greenlight to carry on," added Mr Mbye.

She began working in the media with Radio 1FM in 2000, when she was still going to school.

She was later offered a job at City Limits radio station, a year after completing high school.

Fatou's wonderful contribution in sports earned her a move to the Department of Youth and Sports, where she was appointed as the Youth Coordinator for a good number of years, and was a key member of her department's success in the 2008 NAYCONF held in Farafenni.

She spent sometime with West Coast radio as a sports presenter on voluntary basis, and has since earned the admiration of a good number of listeners, as a result of her wonderful reading skills and presentation.

The ambitious youth was also an active member of Gambia Football Coaches Association, as well as the Youth Ambassadors of Peace.

She was behind the successes registered by female football club, where she was appointed to take charge of the team, as her wonderful and tireless efforts help gain promotion to the Second Division during her stay with the Jambanjelly outfit.

Her demise was described by many as a great loss to Gambian sports and youth matters as well.

May the Almighty Allah grant her the best place in heaven. Amen. 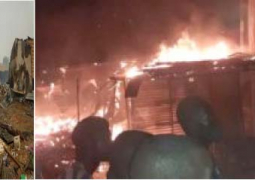 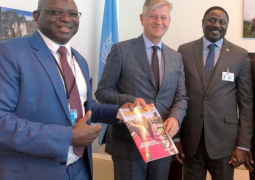