(Thursday 22nd October 2009 Issue)
The 20th edition of the Amilcar Cabral Football Cup competition, initially scheduled to start place on 2 November in Nouakchott, has been postponed until March 2010, at the request of the host country, Mauritania, according to reports monitored on Gam Sports Online.

After many years of participation in the sub-regional tournament, The Gambia is yet to have a taste of the title. The Scorpions who went as far as the semi-finals in 1997 when they hosted it in Banjul missed the golden opportunity of clinching the title at home. 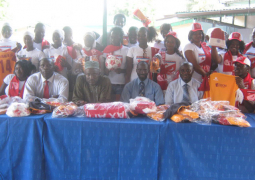