After sunset on Saturday and Sunday (5 and 6 October 2013), Alliance Francaise is expected to rise above nature as Flex Production Studio, in collaboration with Afrinity Production, will stage a movie audition at the Kairaba Avenue spot that will thrill all those opportune to witness it.

Speaking in an interview with Point Entertainment and Lifestyle at the weekend at Jokor Westfield, Felix Kallay, chief executive officer of Flex Production Studio, said the movie audition is one of the most talked-about events in town.

Flex Production Studio is always committed to bringing the latest and hottest in music, movies, and entertainment productions.

“We are one of the best when it comes to video and multimedia projects, commercials, films and audio publicity, television services, events, documentaries and other activities,” he said.

The audition is one of their first projects since they restarted operations, he added, saying that after the audition “there will be movies which will be shot in The Gambia”.

Adams Alfred, CEO of Afrinity Production, said the event is well prepared for, which is why he is calling on everyone to attend it.

“There will be a shooting immediately after the audition,” he added, saying: “Our aim is not only to promote The Gambia as a tourist destination but also to develop the movie industry.

“We are here to retain and sustain the talents of those Gambians and the whole idea is to promote The Gambian talent when it comes to movie. This audition is free.” 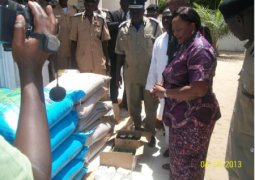 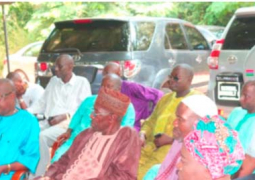