The trial of alleged stealing by clerk or servant involving Alasana Krubally and Saja Fatty continued recently at the Kanifing Magistrates’ Court before Magistrate Jallow.

Testifying, the third prosecution witness, CPL 1068 Colley, a police officer attached to the Kanifing Esate Police Station, told the court that he recognised the accused persons.

He said that in June 2011, he received a case file of stealing by clerk or servant together with the complainant and the 1st accused, who works as the manager of Honest Association Company Limited, for further investigation on the subject matter.

He revealed that during the investigation, the 1st accused, Alasana Krubally, was interrogated and he told the police that he was employed by the complainant, and the 2nd accused, Saja Fatty, who works as the sales manager of the said company, was also invited for questioning.

According to him, the complainant, Foday Jawara, lodged a complaint that some used computers and LCD flat screen were stolen.

He added that the accused persons were confronted one after the other and they said they started sales on 4 January 2011 through 1st April 2011 and were able to sell 36 LCD flat screen computers and loan out 20.

He said they further stated that 110 computers and 56 LCD flat screens were left at the store.

Still testifying, he told the court that during the investigation, he discovered that 91 LCD flat screens and 114 used computers were missing during the accused persons’ time.

He said the accused persons acknowledged the fact of the missing items but denied the allegation and disclosed that they took some computers to the principal of Gambia High School and others to one Nigerian man called Ahmed.

He revealed that the Nigerian man confirmed that some computers were loaned to him by the 1st accused, for which he had given the money or paid.

According to the charge sheet, between January and April 2011, at Kanifing South, in the Kanifing Municipality, the accused persons, Alasana Krubally and Saja Fatty, being employees of Honest Association Company Limited as sales manager and sales record respectively and by virtue of such positions, jointly and fraudulently converted D341, 800, into their own use being the proceeds of 114 white and black desktops and 91 LCD flat screen computers, thereby committed an offence. 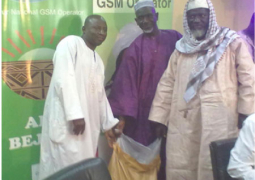 UK ‘Nanny Visas’ under the spotlight