Lamin Gibba, the fifth prosecution witness and a police officer attached to the Sanyang CID Police Station, recently testified in the alleged rape case involving one Modou Lamin Yerrajang at the Special Criminal Court in Banjul.

Officer Gibba told the court that he recognised the accused person and on 11 August 2011, while at the charge office, at Sanyang Police Station, he received a complaint of an alleged rape against the accused person.

He said he took the victim to the Sanyang Health Centre, where he was referred to the Brikama Health Centre and the victim was attended to by a nurse, who later issued them with a medical certificate.

PW5 added that after the medical certificate was issued, the accused person was arrested by the officers of Sanyang Police Station and both the voluntary and the cautionary statements were obtained from the accused person in the presence of an independent witness, one Alieu Jallow.

He added that at the police level, the accused admitted the charge of rape, and he thumb-printed the statement, the independent witness also signed and he (the witness) also signed it.

He identified the statement by his writing and signature, which was tendered and admitted as exhibit. 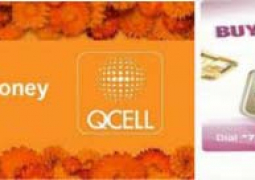