The case involving Foday Jallow and Ebrima Jallow recently failed to proceed at the Kanifing Magistrates’ Court before Magistrate Ngube.

The accused persons are arraigned on a charge of obtaining money by false pretence, a charge they denied.

When the case was mentioned, CLP3560 Colley announced his representation, saying he was holding brief for the prosecutor in the case.

He informed the court that the prosecutor in the case, Inspector Darboe, was sick and applied for an adjournment.

When asked if the accused were on bail, he replied in the affirmative.

The court granted his application and hearing was adjourned till 18 April 2012.

According to the charge sheet read in court, the accused persons, at Serrekunda and diverse places in The Gambia, by false pretence and with intent to defraud, sold 250gs of fake gold dust to one Amin Saltan Zalid to the tune of 3 million CFA, equivalent to D186,000. 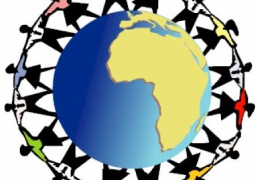