The Roots Bongo Band has taken over the Gambian Music scene in a blast, they have their videos played on GRTS, their songs aired on most radio stations in the country, as well as BBC radio in the UK, and their live performances grow their fan base from day to day. Now it is time to look into who The Roots Bongo Band really are and learn a bit more about Gambia’s only self composing Reggae Band. I met with the band for an exclusive interview during which they revealed their work ethics, aspirations and hopes for the nation’s music industry.

Njie: Who is The Roots Bongo Band?

RBB: We are an African-German couple playing what we like to call ‘Roots Pop Reggae’ and Alternative World, Folk music. Joe Hero is the male lead vocalist and Nina Beste is the female lead. We play with different Gambian musicians as we are currently based in The Gambia.These are Tony on the drums, Sito on the guitar and Domingos on keys.

Njie: When did the band first get together?

Njie: Who performs on it and who produced the debut album?

RBB: It was produced by Joe Hero and myself and Nina performed on all the tracks as well as session musicians and backing vocalists based in London. The album is a compilation of Nina and Joe Hero’s songs, sort of blended together!

Njie: I listened to the album and really love it! Do you have any new releases planned?

RBB: Yes, we are currently recording new material and will release several singles during the next few months.

Njie: Where can fans buy your music?

RBB: The album ‘Leaders of Tomorrow’ is available in record stores all over The Gambia, and on most online retailers such as CD Baby, Amazon, I-tunes ... We also give mp3s to fans for free quite often; so if people are interested in that they can follow us on Facebook (www.facebook.com/rootsbongoband).

Njie: You toured across the country earlier this year, how was your experience?

RBB: We absolutely loved meeting the people! As artistes the best feedback is fans singing along and dancing to your music. We experienced a lot of that during the tour, so it made us very happy. Also the fact that a lot of fans came out to support us was amazing. We were fairly a new band and thought we could promote our album this way, and the people really supported this. We want to thank all of them and hope they will enjoy our new singles.

Njie: You are not only a band though; you have several projects in The Gambia. How come?

RBB: Yes. We opened a bar and restaurant in Kotu Layout ‘The Roots Bongo Bar & Restaurant’ (on Kololi Road) where the band performs live every Saturday, and we also have a charity organization. Lately we performed for the Pen&Paper event, and we are always willing to support other charities with our music.

Njie: What will be the next move?

RBB: We are planning to open a production company this week, and are also working on live music events with several Gambian artistes such as T-Smallz. And we are inviting guest artistes to perform with us at the bar on Saturdays.

Njie: You must be very busy, as you have a lot of things you are doing in The Gambia.

RBB: Our aim is to unite with our music, and help others as much as possible. Not only through our lyrics, but also with actions. Our own charity organization is aimed at the youths and to help them get a career in the music and creative arts industry.

Everybody should get the chance to do what they love in life; we are truly blessed to be able to be in the music industry and will do our best for others to get that chance too.

If you want to get in touch with them you can send email to this account: info@therootsbongoband.com 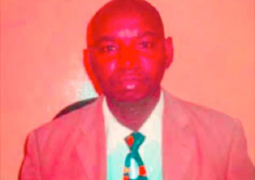 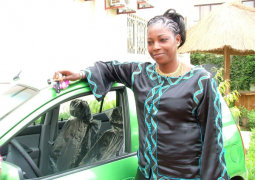