Ajax FC are champions of Mayor Abdoulie Bah Trophy (Super Cup) thanks to a 5-4 penalty shootout win over Man City.

This followed a goalless draw on regulation time in the final played on Sunday at the Banjul KG5 Mini Stadium.

Ajax FC went home with a trophy and D8,000 as winners, while Man City collected a consolation prize of D6,000 as runners-up.

Sulayman Corr, Ajax FC head coach, shortly after the game, told reporters that the Ajax board prior to the final knowing that Man City are a big team that decided to have a meeting to bring him on board as head coach following a brief spell without the team.

He added:“If you play against a team that is good at knocking the ball around, you have to fill your midfield.”

He also said that after winning the Super Cup they would start fresh and prepare for the nawetan proper game by game, as champions do not always have it easy against other teams.

Pa Dodou Jagne, head coach of Man City, said despite the defeat his team remains “the best” in Banjul.

He noted there was a difference in his team as some of his players had travelled (through the back-way to Europe) but added that with time his new players would adopt.

They had chances but could not capitalise on them, he said, adding that they played well defensively but their attacking tag was lacking.

The defeat was a lesson for them, he also noted, saying they would work on their offensive tag to defend their title. 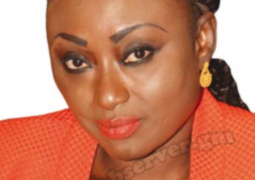 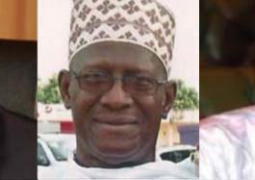