The Gunjur Youth for Community Development (AGYCOD) recently inaugurated its new executive, at a ceremony held in Gunjur.

Speaking at the inauguration, Mr. Nuha S Barrow, the Secretary- General of the association expressed his association’s determination to contribute to the development of Gunjur and the country in general.

"We are determined to do more for our community to the best of our ability," he stated.

Barrow assured the public of his association’s resolve in contributing to the development of the country.

Noting that they have so far achieved a lot, he said they would not relent in their efforts to live up to expectations. He said though they are ambiguous to do bigger things, most of the time it is frustrated by the lack of funds.

For his part, the Public Relations Officer of the association, Mr. Tijan Darboe also expressed similar sentiments, adding that since finance is the backbone of every organisation, they are appealing to government, NGO's and philanthropists to come to their aid as they complement government’s efforts in providing basic social needs to citizens.

The out-going President, Mr. Momodou Jatta, who is now an assistant to the Secretary-General, spoke about the association's vision and mission.

According to him, they have worked towards realising their mission, aimed at providing a well-sensitised, healthy and educated population and to develop the community.

These achievements, he said, do not just come by chance but through a well-planned and calculated move towards the attainment of their mission statement. 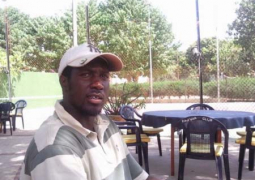