It was based on this fact that the United Nations acknowledged the effort of the youths and decided to choose this year’s theme: “Youths a valuable partner in improving food security and reducing poverty” as part of commemoration the 69th anniversary of the United Nations.

In a statement delivered in The Gambia on behalf of UN Secretary General Ban ki-Moon at the Kairaba Beach Hotel, Ms Ade Mamonyane Lekoetje, the UN resident coordinator who doubles as the UNDP representative in The Gambia, said it was a great honour to welcome people to the United Nations family’s 69th anniversary celebration.

This was an occasion to highlight, celebrate and reflect on the work of the UN and its family of specialized agencies, she said.

“As we join colleagues all over the world to commemorate, the theme for our celebration in the Gambia this year is “Youths a valuable partner in improving food security and reducing poverty.”

The selection of the theme is informed by ongoing national efforts to make the country self-sufficient in food production as outlined in the programme for accelerated growth and employment 2012-2015, the President’s Vision 2016 agenda and the aspirations expressed in the national slogan: “eat what you grow; grow what you eat,” she said.

“It is also influenced by the recognition of the pivotal role that youths could play in sustaining high levels of production and productivity,” she added.

Food security and nutrition is one of the key areas of intervention by the UN system in The Gambia, she continued.

“Our support spans a number of areas all aimed at supporting the government and the people of The Gambia to achieve sustainable economic growth and development thus reducing poverty.”

Despite the steady growth experienced by The Gambia over the last few years, poverty remains pervasive and protracted, she went on.

To address the poverty situation and the emerging threats such climate change and environment-related natural disasters, as well as improve the performance of the economy, the UN system under its current development assistance framework, UNDAF 2012-2016, is implementing a number of strategic interventions in the areas of policy advice, technical assistance and capacity building, she announced.

Acknowledging the important role of youths in the overall development of this nation, a number of the UN interventions are targeting the youths, she further stated.

She acknowledged the work of other development actors in The Gambia that complement the UN System’s efforts.

However, despite their efforts, the response remains inadequate, and there is need for a more concerted effort to address existing gaps and build the right synergies.

This raises the question of how to effectively engage the youths in development, particularly in agriculture.

The Gambia is a youthful nation, as over 60 percent of her population is under the age of 30 years, but unemployment among the youth is a critical challenge, she pointed out.

Of the employed youth, she added, 60 percent are in the services sector, while only 20 percent, mainly rural youths are involved in agricultural activity; yet agriculture remains a critical sector for economic expansion that can accommodate unemployed youths and boost food security.

The UN system and the Gambia government recognise the role the youths can play as a catalyst to transformation in the agricultural sector, as a means to achieve national nutrition and food security, and foster economic development and growth.

The UN System in The Gambia calls for the stepping up of efforts on youth engagement, particularly in agriculture.

Joint national efforts are required to motivate youths to take an interest in pursuing agriculture as a career.

It is also critical to build their professional skills, providing them with the necessary environment and support such as access to land, production inputs, access to finance, appropriate technologies and farming techniques and access to market.

This will immensely help to boost agricultural production and ensure food security in the country.

“Moving forward, we need to take advantage of the fact our youths are techno-savvy and can, therefore, be valuable partners in the fight against food insecurity.”

She announced that the UN in partnership with the government is developing a programme for the youths, and agricultural business development programmes for The Gambia, that would focus on the value chain as the principal driver for modern agriculture and rural growth. 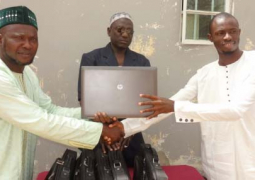 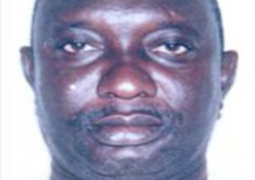