AGUAINC Global Development Group USA, in collaboration with directorate of health promotion and education under the Ministry of Health, Friday organised a daylong forum to share sustainable and affordable plant-based waste water treatment technology with the National Water and Sanitation working group.

The forum, which brought various participants to share their technologies and experiences, was held at NANA conference hall in Kanifing.

According to the officials, this was a vital forum that all stakeholders must move forward collectively to act on major WASH issues in Gambia in terms of policy, research, intervention and evaluation.

The forum was to add value in improving environmental sanitation through different approaches/technologies, and through collective partnership could improve WASH in Gambia.

In her speech, the deputy permanent secretary of the Ministry of Environment, Climate Change, Water Resources, Park and Wildlife, Madam Yam Bamba Njie, said water and sanitation is a constitutional right and needs to be addressed with all technologies available.

This, therefore, means that the responsibility to provide water and sanitation services rests on the shoulders of the government and partners, she said.

However, she added, significant efforts have been made in the provision of safe drinking water, but much still remains to be done in the field of sanitation and hygiene.

The Government of The Gambia recognizes that safe water, improved sanitation and hygiene are essential in achieving improvement to people’s health and development in contributing to the attainment of goal 7 and target 7c of the Millennium Development Goals (MDGs).

She also noted that sanitation and hygiene are also considered as major determinant of poverty, while improvement to sanitation and hygiene not only generates economic benefits in terms of peer health and more productive pursuits of higher productivity, but it could also produce positive outcome for school enrollment, retention and performance, as well as a healthy and dignified living environment.

Generally, there is an increasing silage and waste water generation with increasing water logging and stagnant pools of water in many towns and cities because of lack of functioning or efficient drainage systems, she said.

She added that increasing urbanization coupled with poor urban planning and weak enforcement of physical planning act, has resulted in unauthorised construction of building along flood plains, natural drainage ways and reservations.

“This is exacerbated by the lack of drainage system for silage and storm water conveyance, causing flooding in many localities during every rainy season,” she stated.

The lack of regular solid waste collection from premises has also led to the use of drains and waterways as refuse sites and the escalation of illegal dumping sites, she added. This, she said, had been exacerbated by high population growth in urban area, particularly the Greater Banjul Area and West Coast Region, with little or no urban planning, and with lack of adequate resources to deal with the inevitable rise in urban waste generation.

With the lack of a sanitation and hygiene specific strategy, communities and household build their own sanitary facilities for human excreta management through self-financing and then organise their disposal through the services of private sector sanitary providers, she stated. 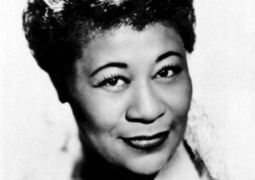