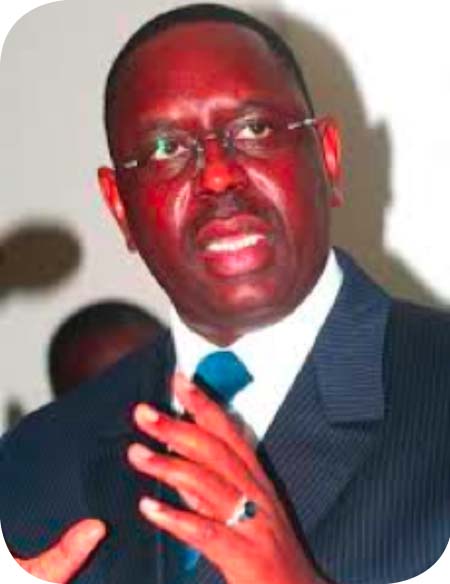 DAKAR, Aug. 27 (Xinhua) -- Senegalese President Macky Sall has said he will push for funding of African economies, equity and fight against tax evasion during the G20 Summit that will be held between Sept. 4 to 5 in Hangzhou, China.

The president who will attend the 11th G20 Summit in his capacity as the chairman of the New Partnership for African Development (NEPAD), made the remarks during an interview he gave to Chinese media in Dakar.

“There should be more investments than aid for African countries,” Sall said.

“Three years ago, I appealed for measures that would help to bring growth to Africa. Africa needs more investments and partnerships,” the Senegalese president said.

We must ensure that the partnerships between Africa and other G20 countries are built on mutual interest and in a manner that will allow Africans, African businesses and African governments to access long term financial resources that should be less expensive to allow for development, Sall noted.

“Everyone wins, because Chinese enterprises can work just like other international firms. Africa will achieve development and it will also invest in itself. The funding will enable our economies to recover from the delays witnessed in the priority sectors such as infrastructure and energy,” he said.

The second issue that the NEPAD chairman will be raising during the summit of 20 largest economies in the world will be equity and the fight against tax evasion in Africa. “Africa is a continent which, often, has unfortunately been exploited. Multinationals that operate in capitalistic sectors have always benefited from legislations that totally exonerate them from paying taxes. And yet today, to fund development on the continent, we first need to count on internally mobilized resources,” Sall said.

We should, therefore, change international taxation regime so that wealth created in a country can generate revenue for those countries that have the natural resources, the Senegalese president recommended.

“We can reverse the trend and Africa will not need to ask for aid, because the generated tax resources will positively fund development on the continent,” he affirmed.

Sall further expressed hope that the G20 “will help the international community and especially Africa” to be able to achieve growth based on new technologies and investments.

In this regard, he hailed the Forum on China Africa Cooperation, whose last summit was held in Johannesburg where China promised to give Africa financial support of 60 billion U.S. dollars over the next three years.

The 11th edition of the G20 Summit will be held under the theme “Toward an Innovative, Invigorated, Interconnected and Inclusive World Economy.”