Endorsed by the 15th African Union Summit of July 2010, the Africa Platform for Development Effectiveness (APDEv) was Sunday launched by the AU as part of the 4th African Union/ECA Joint Annual Meetings of Conferences of African Ministers of Finance, Planning and Economic Development currently underway in .

Under the joint coordination of the African Union Commission and the NEPAD Planning and Coordinating Agency (NPCA), APDEv is a physical and virtual multi-stakeholder platform and organizing mechanism for mobilizing African policy makers and practitioners towards achieving sustainable development results.

The Platform focuses on three inter-related themes of Aid Effectiveness and South-South Cooperation with Capacity Development as a core driver for development effectiveness.

It among others seeks to foster “knowledge and evidence-based innovation processes” which is one of the six cornerstones of the AU-NEPAD Capacity Development Strategic Framework, which was endorsed by the 14th AU summit of February 2010, as a common reference and policy guide to address capacity development challenges in Africa.

A response to the dynamic context of regional and global relationships towards strengthening ’s engagement in the full realization of its development goals, APDEv brings together governments, parliamentarians, civil society organizations, private sector, tertiary institutions including universities and regional economic communities, among other major stakeholders on the continent.

At the core of this African-led and owned process is the desire to consolidate ’s voice in reshaping the global development cooperation architecture.

In his launching statement, Gambian-born Mr Abdoulie Janneh, UN Under Secretary General and Executive Secretary of the United Nations Economic Commission for Africa, said that this is a commendable and bold initiative that will add value to ’s development landscape and complement various efforts being made to actualize the continent’s development objectives.

In particular, the regional integration agenda of the African Union provides a firm basis for this partnership with regional mechanisms such as the Africa Platform are at the core of the systems and processes required to drive the continent’s reform agenda,” he stated.

According to Janneh, today is a continent on the move. “Political and economic reforms are being consolidated at national and regional levels, towards achieving sustainable growth and development.

“It is quite evident that greater investment in knowledge and learning is required for to be globally competitive.  However, with so many actors, sources of knowledge and communications media, there is need for better coordination and coherence.

APDEv promises to play this role if it evolves in an inclusive and all-engaging manner,” Janneh told a gathering of experts and intellectuals from across the continent and beyond.

He called on all stakeholders, partners and institutions to support the work of APDEv to achieve development results, and pledge the cooperation of ECA in this regard.

Other speakers at the launching included Dr Maxwell Mkwezalamba, Commissioner for Economic Affairs of the African Union Commission. 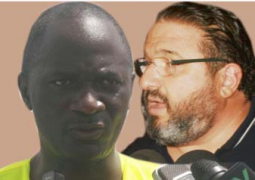