Africa Deserves to be Assisted

In the face of the global financial downturn there is a need for donor agencies like the World Bank, the International Monetary Fund and the World Bank should step in and save developing and growing economies like from any crisis. It is therefore heart warming to read about IMF's announcement that it will double its lending to . According to senior IMF officials, lending by the International Monetary Fund to is set to double this year as the region is gripped by the global economic crisis and more countries need aid.

The IMF has seen a sharp rise in demand for its loans from African countries this year as their balance of payments is hit by a sharp drop in revenue from exports, volatile commodity prices and falling foreign investment. A continent of developing countries, like other developing countries, is most likely to be affected by the recession and that is why any move to assist the continent will go a long in saving the continent from crisis like hunger, malnutrition and its related effects.

In the first five months of this year the IMF has committed about $1.6 billion to , compared to $1.1 billion for 2008 and $200 million in 2007 . Roger Nord, mission chief to and a senior advisor in the IMF's Africa Department said,

"For the remainder of 2009 it is likely that the stock of our lending in will double relative to where it stood at the end of 2008."

"This is clearly a reflection of what is happening in the world economy, but it is also a reflection of the IMF's conscious policy to scale up our assistance to ," he added.

The increase is not only new lending for countries that graduated from IMF assistance during the decade of high economic growth but also increases in existing loan programs, said Nord.

Already the IMF last week approved a combined $545 million in emergency funding for and , an example of countries that have followed sound economic policies but have been unable to escape the effects of the crisis.

However the IMF urges such beneficiary countries to continue spending on vital infrastructure projects inorder to avoid any further damage. 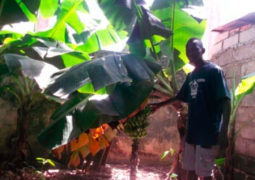