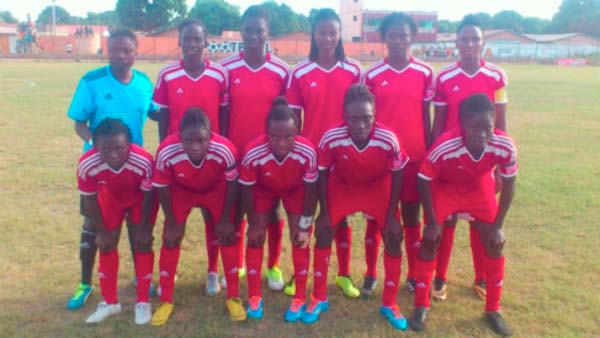 Adama Tamba fires a brace as Red Scorpions overcame the Glasgow Girls in a friendly match played at the Serekunda East mini stadium, a game that was graced by scores of football lovers around Kanifing municipality.

Adama Tamba scored two second-half goals to give her side a convincing win over the visitors, who are in the country to play test matches with various teams.

The first half of the friendly was dominated by the host, who created more chances but could not make a break through.

However, the visitors made few efforts, but that was not enough as the Red Scorpions came all out to defeat the visiting European girls.

“Europe or Africa the reality is who play and win. My players were not considering the visiting girls as Europeans, but as players and with confidence we dominated the game and we won the match,” said Red Scorpions coach Chorro Mbenga.

Mbenga said her team played very well, adding that it was all due to hard work and training.

According her, the team’s victory is part of their preparations for the forthcoming female league that will start soon.