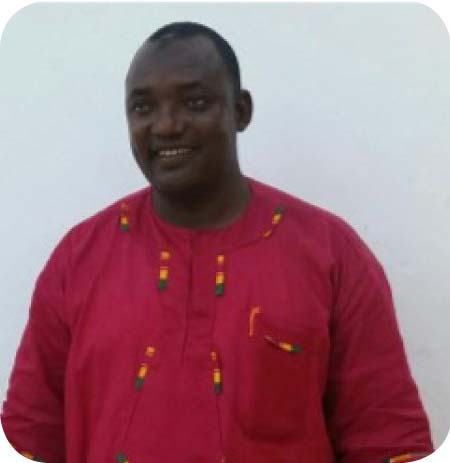 The flagbearer of the Coalition of seven opposition parties, Adama Barrow, will appear at the Independent Electoral Commission (IEC) today, Wednesday, for nomination as a presidential candidate for the first time.

According to the official version, Mr Barrow was born on 16 February 1965 in Basse.  He was born in the same year as President Yahya Jammeh and Mamma Kandeh.

Mr Barrow, married with two wives and five children, is a businessman.

He did his primary school education at Koba Kunda Primary School, and then in 1981 he proceeded to Crab Island Secondary Technical School, where he sat to the Secondary School Leaving Certificate Examinations.

After his school life, Barrow spent most of his adult life in Banjul under the guardianship of the late Alhaji Musa Njie, businessman, who introduced him to business.

Barrow whose hobbies include travelling and reading, especially newspapers, has extensively travelled in England and Germany.

His political career started with the formation of the UDP in 1996.  He was an ordinary, but vocal member of the party in his native constituency of Jimara, Upper River Region (URR).

For the past three years, he has been the acting treasurer of the party.  He became the leader of UDP on 1 September 2016.

He was the UDP’s contestant for the 2007 National Assembly election in his native Jimara consistency.  He lost to Mamma Kandeh, leader of the Gambia Democratic Congress (GDC), who was contesting for the ruling APRC party at the time.  Mr Barrow obtained 2,835 votes, Kandeh 4,067 votes.

As a football fan, he supports Wallidan FC in The Gambia and Arsenal in international football.  During his school days, he was a goalkeeper.