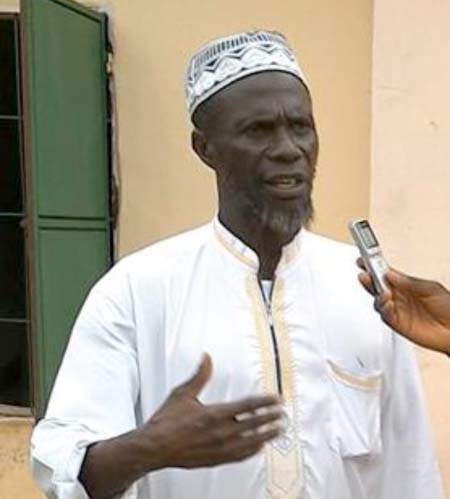 The water problem that the village of Nuimi Sittanunku has been grappling with for more than a decade has now reached an unbearable point, villagers lamented.

The villagers, particularly women, now have to decide between using the little available fit-to-drink water for drinking and cooking or for sanitation such as washing clothes and taking bath.

The village borehole has not been working for at least five years – even when it was, it used to supply less than 35 per cent of the total village requirement due to low energy to pump water.

But the village was not feeling the pinch much as they resorted to using their two hand-pump local wells plus the one at the school in the village.Presently, none of those wells are working.

Lang Jammeh, chairman of the village development committee (VDC), said the current situation of water in the village “is unbearable”.

“At the moment, the only source of potable water is the very few house-owned shallow-dug boreholes in the village,” he told The Point newspaper during a visit to the village.

Due to the pressure at some of these shallow-dug boreholes, some of them, like the one owned by the governor of North Bank Region – he is a native of Sittanunku – has dried up.It needs to be dug further.

Kaddy Saho, a housewife, said women from households with donkey carts or wheelbarrows used it to fetch water from the local wells at the village garden.

Those without these instruments, carry water on their heads, with babies mounted at their back, from the garden to the village, at least half a kilometre.

“Others go to Fakebba’s place; if they have two gallons one is used for cooking, the other for drinking; no water to take bath or launder clothes of children.Taking bath regularly is no more,” she explained.

“The water problem is causing delays in our household chores to the extent that most of the time we work up to night time.You know every domestic chore that women do involves water so; if you don’t have water you are stuck,” she added.

Kaddy said because of the water issue, women go to their rice field late in the day and close early.

“In the evening, we close very early from the rice fields in order to come and join a queue to have water earlier.This has reduced our productivity at the rice farms.If there is any project to help women, we the women of Niumi Sittanunku need help,” Kaddy said.

State of the village borehole

The non-functioning village borehole was built at the village at least 10 years ago, through a project.The borehole was equipped with one solar panel.

“We tried with it [the solar panel] but it could not generate the needed energy to supply water to the entire village,” Mr Jammeh, the VDC chairman, said.

He explained that the VDC had bought five extra solar panels but the combined power was not enough to supply the entire village.

“We need at least 2,000 watts to be able to supply the entire village,” he said.“This village is nothing less than 2,000 inhabitants.The length of the village is far and the village is growing so we need enough capacity to cater for the growing need of water.”

The total solar panels in used to power the borehole were less than 700 watts so they were “overused for long”.

As a result, they were not in good condition that is why we removed and kept them in the store for safety.But the pipe network of the borehole is in good shape and there are plans to increase the pump heads when there is enough energy to the borehole.

Since then the village depends on the well they call the FRG well, which was dug at least more than 25 years ago at the centre of the village.

Mr Jammeh said:“The FRG well is now very difficult to sustain because the whole village depends on it.People queue to fetch water and most of the time they end up fighting.You fight with someone you don’t even want to quarrel with, but when you have no water to cook or to wash you would want to force your way to have water and you easily get irritated,” Mr Jammeh said.

However, at the time of the visit to the village, the FRG well which has been faulty for long, was being repaired but not finished.

The Sittanunku village VDC chairman said they have sustainability mechanism in place to sustain the operations of the borehole when it is revamped.

“We were not giving the water free of charge.At the end of the month, every household used to pay a certain amount.It was from this money that we used to pay the watchman and put aside the rest to be used when the need would arise,” he said.“We also have other sources of income generation on small-scale basis within the village.”

“Remember we bought five solar panels all by ourselves, so obviously when we have the borehole up and running to capacity, to have it repaired when the need arises is not going to be a problem,” Jammeh added.

He said presently the amount of work required on the borehole is “far beyond the reach of the village”.

“So we are appealing to whosoever can help; we are really in need of clean water,” the VDC chairman appealed.

Any person or institution willing to help Nuimi Sittanunku can contact the village development committee through the chairman, Lang Jammeh, on (+220) 9901078 / 2188358 or email jerrehsittanunku@gmail.com. 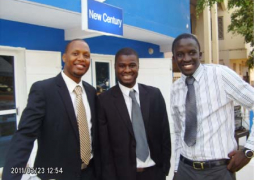