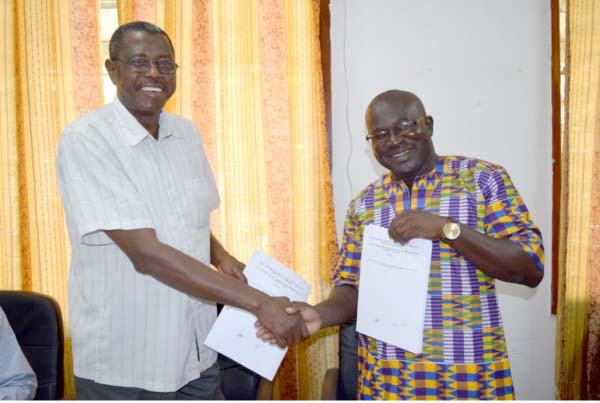 Under the agreement, the Network Against Gender based violence will coordinate the implementation of all project activities and work with partners like ACTIVISTA The Gambia, Edward Francis Small Teaching Hospital and other health Facilities in partnership with a gynaecology consultant and three other gynaecologists.

The project will build the capacity of NGBV and its members to advocate against FGM using evidence-based documented facts and figures. In addition to the already existing evidences, the project will provide the much needed clinical evidence on the effects of FGM on the lives of women and girls in the Gambia for advocacy to stop the practice.

The project, which will last for 2 years, has a total funding envelope of 347,299 euros from AmplifyChange, a pooled fund supported by the governments of Denmark, the Netherlands, the David and Lucile Packard Foundation, the William and Flora Hewlett Foundation, and the Viiv Foundation. Early last month ActionAid signed an agreement with Manion Daniels, who has been contracted to deliver AmplifyChange.

During the signing ceremony, Omar Badji, the Executive Director of ActionAid expressed the hope that by the end of the project, a lot more people will be aware of the harmful effects of FGM and do everything in their power to stop the practice.

‘FGM is one of the most common forms of Gender Based Violence (GBV) practiced at a high prevalence rate on women aged 15 – 49. Many women who are victims of FGM/C have either lifelong sexual and reproductive health challenges or conditions while many others live with psychological trauma’ said Mr. Badji. Njundu Drammeh thanked ActionAid for the trust and confidence bestowed on them and gave assurance that the NGbV will deliver as expected and with commitment.

An Anti FGM Law has just been passed In the Gambia and that makes it more relevant to popularise and continue persuading the communities in other to avoid clandestine practicies. Female Genital Mutilation/Cutting (FGM/C) is a deeply rooted culture that continues to be a violation of the bodily integrity, reproductive health and sexual rights of girls and women in Africa including The Gambia and other parts of the world.

Many women who are by the end of the project, it is expected that the communities will be more informed and convinced to abandon the practice.