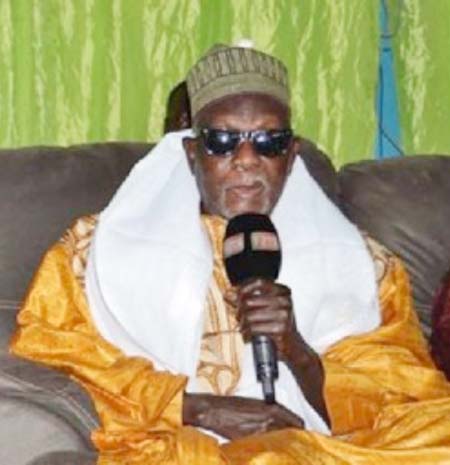 The Caliph General of Leona Niassene in Kaolack, El Hadji Ibrahima Niasse, has called on Senegalese President Macky Sall and his Gambian counterpart, Yahya Jammeh, to do everything within their means to as soon as possible re-open the border between the two countries.

The Caliph General was speaking to the press on Tuesday, as preparations for the annual Ziarra Léona Niassene scheduled for Saturday, March 12, 2016.

“I’ve received several telephone calls from our talibés living in The Gambia, telling me the restrictions to travel being experienced at the border between the two countries. According to them, the border was closed by Senegal and The Gambia following a misunderstanding,” he said.

The Caliph General added; “As Caliph General of Leona Niassene, I invite the President of Senegal, Macky Sall, and his counterpart, Yahya Jammeh, to re-open the border to allow the faithful to come and take part in the annual ziarra. I myself have daughters who are married in The Gambia, but because of this restriction, they cannot come to Kaolack as they please.

“If President Macky Sall can hear me, I would like him to do something for the success of this important religious event.

This same message is also being addressed to President Yahya Jammeh because I keep getting calls from The Gambia, complaining of the problems they experience at the border.”

The Caliph General, therefore, appealed to both leaders to re-open borders to facilitate entry and exit between Senegal and The Gambia.