On 21 July 2014, Magistrate Jabang, flanked by panellists Cole and Sosseh Colley, asked Mr Nyangado to get into the witness box and tell the tribunal what transpired between him and his former employer.

Being led by Lawyer Kebba Sanyang, Mr Nyangado told the tribunal that he lives in Brusubi and he is a freelance consultant, adding that he used to work for Actionaid-The Gambia.

He further revealed that he was given a notice of redundancy on 20 December 2013.

The said notice of redundancy was shown to him by Kebba Sanyang, which he identified.

Kebba Sanyang then applied to tender the letter of notice of redundancy.

Hawa Sisay-Sabally, who was representing Actionaid, did not object to the tendering of the letter. It was admitted by the tribunal.

Continuing his testimony, Mr Nyangado posited that in 1995, he was appointed as a zonal manager, managing a region with a set of core extension workers responsible for an integrated programme which included education, health, agriculture, sponsorship, funding and any developing activity related to the work for that region and he supervised the core of extension workers in the area as head of the region.

Mr Nyangado, the plaintiff, told the tribunal that in 1998 when Actionaid started as a human rights organisation using human rights based-approaches, he was appointed as advocacy officer responsible for both food rights and education from 1998 to 2004.

The plaintiff adduced that in his capacity as head of policy and advocacy, he was responsible for human rights, education, food rights, governance, women’s rights and HIV/AIDS.

“All these appointments were communicated to me by way of letters,” he told the tribunal.

Mr Nyangado stated that it was not possible to get these documents because of the manner in which he left Actionaid, adding that he had to rush and pack.

“I sent a letter to the director to give me these letters but they refused,” he told the tribunal, adding that they failed to search for the said letters as they promised.

The plaintiff narrated that the letter of notice of redundancy was addressed to him but the said letter was against the policy of Human Resources and organisational policy.

“The objective of the letter of notice of redundancy was to make me redundant and subsequently my service was terminated,” the aggrieved plaintiff vented out.

Mr Nyangado further told the tribunal that the letter of notice of redundancy stated that by the end of December 2013, the position he occupied was not in the new structure and as such, his position was declared redundant, adding that the said letter did not indicate that his service would be required in the future.

“By the nature of the letter, I didn’t expect to be in the service of Actionaid after 31 December 2013,” the plaintiff stated, adding that his position and himself were made redundant by Actionaid.

“The provision of the organisational policy clearly stated that it is the position that is made redundant and not the person,” he informed the tribunal.

At this juncture, Kebba Sanyang applied for an adjournment, which was granted.

The case was then adjourned till 6 August 2014. 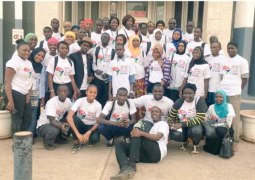