Mr Barro was speaking at the closing of a three-day training session on disaster preparedness and management organised by ActionAid-The Gambia (AATG) and Concern Universal. He said poverty is multifaceted, and fighting it needs to take multi-dimensional forms and hence the numerous thematic areas they have in ActionAid to strategize their interventions. One such thematic area, he stated, is the right to human security in conflict and emergencies, which focuses on creating awareness for action to reduce loss of life and property and to reduce economic disruption caused by natural disasters.

Here in the Gambia, Mr. Barro added, it is used to sensitise communities, to build capacity of staff and partners and support local initiatives on disaster preparedness and management.

Also speaking at the closing ceremony was Essa Khan, Executive Director of the National Disaster Management Agency (NDMA). Khan said his agency is looking for more robust partners. He said the training session was conducted in consultation with AATG, GRCS, WFP and Concern Universal, noting that his agency is not only working with their national partners but with other partners outside the Gambia. 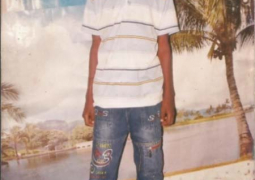