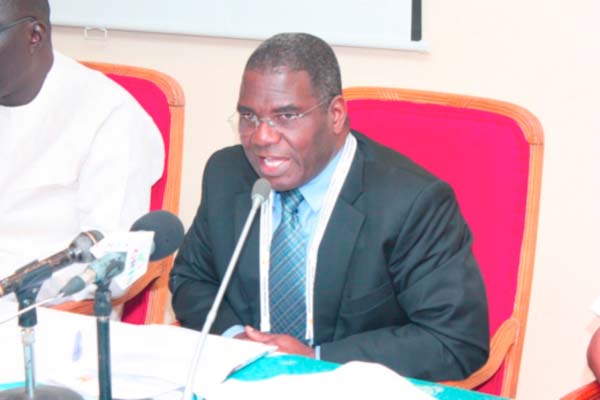 The 2nd edition of the sub-regional training seminar of the Cashew Processing and Marketing Information System opened yesterday at the Kairaba Beach Hotel.

Organised by the African Cashew Alliance (ACA), the two-day seminar brought together participants from Senegal, Guinea-Bissau and The Gambia.

It was registered as a non-profit organization, and is the apex body for the cashew industry that would further the interest of the cashew sector in The Gambia, he said.

He said the CAG also represents the interest of the African Cashew Alliance in the country.

According to him, the seminar seeks to address important aspects of the cashew value chain, specifically cashew processing management and marketing information systems.

It would, hopefully, empower the participants to better manage their cashew businesses and make it more competitive in the international markets, he added.

He said it would also give the participants the opportunity to network, exchange ideas and experiences, and learn the latest production and processing technologies, as well as market information systems.

He revealed that of the more than 700,000 tonnes of raw cashew nuts produced in Africa, only about 20 per cent is processed and the rest are exported as raw cashew nuts.

In The Gambia, Mr Ceesay said, less than 1 per cent of the total raw produce are processed locally, hence the need to intensify the processing of cashew in Africa.

Also speaking at the seminar was the Managing Director and CEO of African Cashew Alliance (ACA), Dr Babafemi 0. Oyewole, who said with the support of the USAID West Africa Trade and Investment HUB, ACA assembled participants from four countries - The Gambia, Guinea-Bissau, Guinea Conakry and Senegal - for an intensive capacity building seminar.

He said the objective of the training seminar is to bolster the competiveness of cashew business, thereby reinforcing the sustainable economic development of the industry in Africa.

“This is in line with the vision of the ACA to promote a globally competitive African cashew industry that benefits the value chain from farmers to consumers.”

According to Oyewole, the market information system aspect of the training seminar would focus on essential skills, and knowledge needed to interpret and understand the global cashew market.

He said that over the past ten years, the African Cashew Alliance has sought to not only improve the competitiveness and sustainability of the African cashew industry, but also increase the processing of cashews on the continent.

He added that their objective is to facilitate the development of an industry that benefits the entire value chain, from farmer to consumers.

To achieve this, he added, ACA focuses on sharing information and best practices among all stakeholders in the value chain, providing technical assistance, facilitating trade and investments, and promoting international standards and market linkages.

Anyone for better English?