Speaking to Pointsports shortly after his arrival from Sierra Leone, Mr Sey said the week-long coaching course brought together twenty-four coaches of whom twenty-three were able to pass, who received certificates and awards, whilst one was unsuccessful in passing the exercise.

He added that six of the coaches are qualified to do a level two course.

According to Mr Sey, the closing ceremony was attended by Sierra Leone’s Sports Minister, the president of Sierra Leone Olympic Committee, Sierra Leone National Sports Council Executives and the press. 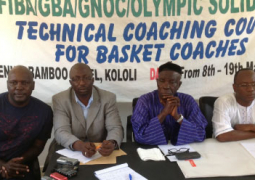