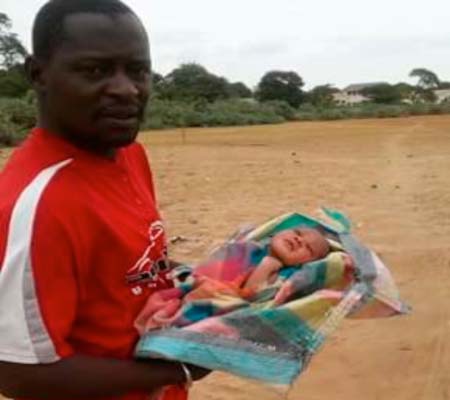 A newborn baby that was abandoned at a mangrove swamp at the riverside in Essau village, Lower Niumi, has been found alive on Thursday afternoon.

Makam Maka S. Subah, a native of Essau, found the baby wrapped in a small bag in the swamp unattended to while there was no one within the vicinity.

Eyewitnesses said the baby was lucky to be alive for the swamp is frequented by pigs and dogs that could have devour it.

The lucky baby was rushed to Essau Health Centre and the matter reported to Barra Police Station.  A swift investigation by the police was conducted and the culprit was later caught.

A single mother, name withheld, whose husband died two years ago and lives in Mbollet Ba, a small village about 10km from Barra, in Lower Niumi, is the suspected culprit.

Barra police could not give any comment and the police spokesperson could not be reached at the time of going to the press.