IV: Prohibition of Division after the Truth is Known with the Purpose of Transgression against Others.

A few verses will be mentioned where people divided after clear knowledge was give to them. The Quran prohibits such division; even mentioning that it reaches the border of disbelief:

Do not be like those who became divided [into sects] and differed after manifest signs had come to them. For such there will be a great punishment. (3:105)

Maintain the religion, and do no be divided in it….. They did not divide [into sects] expect after the knowledge had come to them out of transgression with one another… (42:13-14)

The Arabic term baghy means transgression and oppression. For instance, when a leader is delinquent another will take over leadership. A fight will occur between them and this is how division occurs. They do not only have a difference in an intellectual issue; rather, one of them wants to rule over the other and the other wants the same.

This usually happens after knowledge. They do no seek knowledge in order to find the truth, for they have already found the truth. Rather, each of them has impure intentions and wants to actualize them. The way that they can achieve this is through separation and division.

…and none differed in it except those who had been given it, after the manifest proofs had come to them, out of transgression with one another…..(2:213)

Most of these verses are about the Israelites. They are explicitly identified in some places of the Quran:

….and those who were give the Book did not differ except after knowledge had come to them. Out of transgression with one another…. (3:19)

In another verse it states:

Certainly we settled the Children of Israel in a worthy settlement and We provided them with all the good thing, and they did not differ until [after] the knowledge had come to them. Your Lord will indeed judge between them on the Day of Resurrection concerning that about which they used to differ. (10:93)

The Israelites were given the good things in life (tayyibat) as well as position [as seen in the next verse mentioned: “I gave you an advantage over all the nations.”(45:16-17)]. But after all of these blessing were give to them, after scripture and clear knowledge was given to them, they still divided into sects. It is clear that such people do not have piety; that they did not practice patience against their lower self.

Certainly we gave the Children of Israel the Book, judgment and prophethood and We provided them with all the good things, and We gave them an advantage over all the nations, and We gave them manifest precepts. But they did not differ except after knowledge had come to them, out of transgression with one another. Indeed your Lord will judge between them on the Day of Resurrection concerning that about which they used to differ. (45:16-17)

The Quran narrates many stories of the Israelites for the Muslims so that Muslims can take admonition. The Israelites attainted success overpowered the Pharaoh, and established a government. They were superior to other nations in their own time. Some historians said that the flag of monotheism, during the period of their reign, was in their hands. Other nations were not monotheism. After this, they lost all their fortune a once. Why? “But they did not differ except after knowledge had come to transgression against others.

If you read the existent Torah (which, in reality, is a history of the Israelites clearly written after Moses, and not a heavenly scripture) you will find many passage pointing to the competition between the tribes of . This competition reached such a level that two governments were established in the tiny country of : in the north there was a government called the of , and in the south there was a government called the .

Through their actions, they wrote their history. The Quran instructs Muslims to take admonition from it, to open their eyes, and to see that after the Israelites reached the height of power, they were abased, and as the Quran states, their abasement will last until the Day of Judgment. The root of this calamity was the fact that they fell into division. Hopefully Muslims will not suffer a similar fate through; unfortunately, they have already set foot on that path.

The verse then warns: “Indeed your Lord will judge between them on the Day of Resurrection concerning that about which they used to differ.” He will say that their differences and divisions were invalid. Despite having the Torah in their hands, despite possessing clear knowledge, they still went off track. All of them were in the wrong; it is not the case where one of them is correct and the other is wrong. All of them are in the wrong. This is a promise of punishment dished out by Allah for people who, after clear knowledge has come to them, move towards division into parties, the seeking of position, and the seeking of this world because of their lower self. They move towards paths which have nothing in them except mistakes and misguidance.

In another place the Quran states:

Then we set you upon a clear course of the Law; so follow it, and do not follow the desires of those who do not know. (45-18). 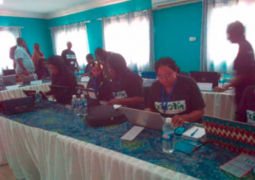 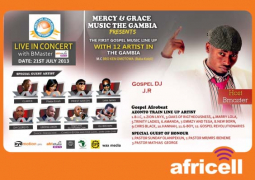