It has been fourteen years since the coup d'etat of July 22nd 1994. It would be unfair to say that there has not been achievements in that time. We have had an improvement in infrastructure in the country and the number of girls attending school has increased significantly. There has also been a great improvement in the involvement of women in politics and other areas. These are all very positive changes.

Rural electrification is becoming a reality and for this the people of The Gambia are very grateful.

It would however thoughtless to say that there is still not a huge amount which needs to be done if we are to improve the lot of the people of this nation. Many people are still languishing in poverty and struggling to feed themselves and their families. Rising food and fuel prices are stretching the already thin resources of many of our people.

The improvements we have seen in infrastructure, particularly roads, are a drop in the ocean. This is even true in the Greater Banjul Area. Major work is needed if the road network is to be fully rehabilitated. The current bad state of roads is not only affecting road safety but also many people's vehicles, which are suffering as a result. Large potholes are now filled with rain and motorists are plunging into them and doing serious damage to their cars and vans.

Many people still struggle with a lack of adequate transport. This could be resolved by the rejuvenation of GPTC. High tariffs and taxes are putting excessive strain on many companies and as a result their overall sustainability is being adversely affected. It would be very easy for the government to address this issue.

Greater efforts must be made to encourage national unity and respect for the rule of law. The constitution of The Gambia states that no person should be held in custody for more than 72 hours. Presently in The Gambia many people have been detained for months or even years without trial. This should be addressed immediately so as to grant these people their legal entitlements and to avoid overcrowding in our prisons.

Press freedom must become a reality in The Gambia if we are to enjoy the full fruits of democracy. Draconian media laws must be repealed so that the sector can flourish and continue to inform and educate the public. The independent media must be given full access to government officials and information regarding the running of the nation. The investigation into the cold-blooded murder of Deyda Hydara must be reopened and answers must be found in relation to the disappearance of Chief Ebrima Manneh.

The opposition should be encouraged to use the state radio and television services so that the electorate can be aware of their policies and proposals.

Our young men are risking their lives in huge numbers to flee our nation in search of supposed greener pastures in Europe. This fact alone must indicate the scale of the work we have yet to complete before we can say we are truly developed.

Many consider July 22 to be something of a birthday for The Gambia because it brought the current president to power originally and saw the establishment of the second Republic. If we take this to be the case then we as a nation should pause, as many people do on their birthday, to take stock of our achievements and failures. It is only through this critical analysis that we can get a clear picture of what we need to do to move The Gambia forward on the road to development. 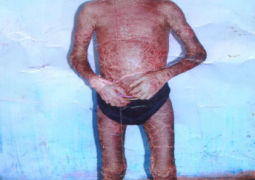