“For there is one God and mediator between God and men, the man Christ Jesus, who gave himself as a ransom for all men....” (1 Timothy 2:5-6)

To release to you a loved-one or a family member who has been taken captive or kidnapped, you may have to pay a ransom and it is usually a fat amount of money. People resort to this practice in the underworld when they want to extort money from someone. A ransom could be a sum of money a benevolent person would pay to redeem someone who lacks the ability to pay a fine.

Adam and Eve had sinned and the penalty for their disobedience was death. God had said: “You are free to eat from any tree in the garden; but you must not eat from the tree of the knowledge of good and evil, for when you eat of it you will surely die.” (Genesis 2:16-17) Indeed, the consequence of sin is death. In essence, they did not die physically, but spiritually. Their disobedience however brought with it separation from God.  None of them could pay the penalty for the wrong done to God. Only Jesus could “unlock the gate of heaven and let us in.” That is the price of sin that was paid on our behalf.

It takes a sinless person to pay the penalty for sin and God found that person in his Son - born of a virgin; God made man. Come to think of it, our great, great ancestors failed in carrying out the first instruction given to them. Since their disobedience however, humankind has lost its privileged position with God. In the apostle John’s vision, he observed that no one could be found to open a scroll when the question was asked. “Who is worthy to break the seals and open the scroll? But no one in heaven or on earth could open the scroll or even look inside.” (Revelation 5:2-3) As the elders lamented over this, they received this assurance. “See, the Lion of the tribe of Judah, the Root of David, has triumphed. He is able to open the scroll and its seven seals.” (Revelation 5:5)

“You are worthy to take the scroll and to open its seals, because you were slain, and with your blood you purchased men for God from every tribe and language and people and nation.” (Revelation 5:9)

The consequence of sin is death and because Adam sinned, all have sinned also. “All have sinned and fall short of the glory of God, and are justified freely by his grace through the redemption that came by Christ Jesus.” (Romans 3:23-24) Just as a ransom is needed to buy someone back, Jesus, the only candidate qualified to pay the ransom offered himself voluntarily. He opted to pay our sin-debt in full with his blood. Why his blood? The Bible teaches that “...without the shedding of blood there is no forgiveness.” (Hebrews 9:22b)

As we approach Easter, which established the power of the Son of God over sin and death, when he himself became the Lamb that would be sacrificed to redeem us; let us remember that it is not an ordinary man who was charged with this assignment but the only begotten Son of God. He humbled himself to ensure us of our salvation. Jesus is the Lamb of God that takes away the sins of the world. Abraham’s son Isaac was just a foreshadow of the actual sacrifice which is total and absolute in Christ Jesus, the Messiah.

We do not need any other sacrifice for sin. Jesus’ shed blood has paid for it in full and it has been done once and for all. He has atoned for our sins - past, present and future. All we have to do is to receive his finished work. Where the first Adam failed, Jesus, the second Adam, has succeeded.

We cannot save ourselves, we need a Saviour approved by God and Jesus fit the prescription. All we need do is to acknowledge our release from captivity and from the consequences of sin; his atonement for our sins and redemption from any penalty.

We must stop struggling to liberate ourselves from sin, as no amount of effort or know-how can bring this about. The work has already been accomplished for us on the cross of Calvary when Jesus cried: “It is finished!” Jesus came on earth to liberate us from the shackles of sin by willingly going to the cross. “I am the good shepherd. The good shepherd lays down his life for the sheep.” (John 10:11) This is how much God loves you and me! “For God so loved the world that he gave his one and only Son that whoever believes in him shall not perish but have eternal life.” (John 3:16) 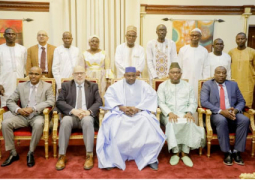 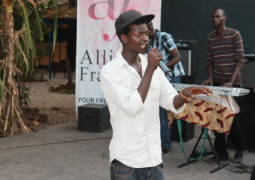