The Normalisation Committee of the Gambia Football Federation, NC-GFF, has set a good example in transparency, through the way it has handled the nominations for the forthcoming election to fill the GFF presidency and executive bureau.

In our view, it also provided to us all a good lesson in transparency, and we hope all Gambians and institutions in the country will take note.

Indeed, the GFF, as evident from our lead story in today’s paper, has engaged in an exercise in probity that is worthy of emulation.

It is also our view that the reasons given for those declared disqualified and ineligible to run for president of the GFF are sound and cogent.

In fact, many people in the position of the rejected candidates would have known better, and stayed away from attempting to make a comeback, rather than suffer this national humiliation and embarrassment.

The NC-GFF from the explanation for its verdict has shown that Gambians refuse to be taken as fools, or taken for a ride.

There is no doubt that the general public – rightly described as “stakeholders” in Gambian football by the NC-GFF – will understand and appreciate good decisions when they see them.

Definitely, all right thinking, reasonable persons of sound mind will agree with good reasons when they are presented to them.

In any case, the country deserves good leadership in all areas. Unfortunate, this has not been the case; and is partly responsible for holding back our advancement in many sectors, as a nation.

Knowing that Gambians, especially our youths are very much interested in football, which is our leading national sport, we have another chance to have the right persons in charge at Football House.

This is the way to ensure that the government remains committed to supporting football, for the benefit of our youths and so as to continue to achieve national fame in international football.

“There is no doubt that the general public – rightly described as “stakeholders” in Gambian football by the NC-GFF – will understand and appreciate good decisions when they see them.” 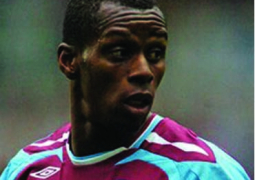