A 6-year-old boy was reportedly knocked by a vehicle in , Kombo Central in Western Region, killing him on the spot.

Speaking to our reporter, the Officer Commanding Western Region Traffic, ASP Jabang revealed that the accident occurred on Saturday evening.

He added that the deceased, Bakary Bah, was trying to cross the highway to follow his herd of sheep when he met his untimely death.

According to O/C Jabang, the driver is one Lamin Ceesay, a resident of in Kombo East.

O/C Jabang used the occasion to advise drivers to limit their speed at all times.

"We used to sensitise the drivers on every Saturday through FM-B Radio in Brikama on the offences drivers do commit," he stated.

Meanwhile, the driver who is charged with rash and negligence is currently in police custody at Brikama Police Station awaiting trial. 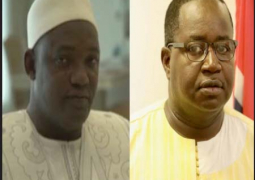