The Rural Development Organisation, in collaboration with the community of Jumansarrba village in the Upper Badibou District, North Bank Region, over the weekend launched the Jumansarrba water project worth 52,000 euro.

The water project comprised a borehole, solar, water pumping system, a water tank for the distribution of water in the village through taps, stand powered solar system and six hectares of fenced garden with 18 wells.

The project was implemented by the Rural Development Organization in collaboration with the people of Jumansarrba with funding from a German charitable organization called ‘Stiftung Sababa Blou.’

The Chief Executive Officer of Rural Development Organization, Jamu Ceesay, said that was the third project the rural development organization had implemented, all geared towards creating sustainable income activities for the rural people.

He said water problem will be a thing of the past thanks to the intervention of his organization with funding from their German philanthropist.

He therefore advised the community to take great care of the facility, emphasizing the importance of having access to clean drinking water.

The entire communities of Jamansarrba are delighted to have such an important opportunity, he said, while advising them to utilize the opportunity provided to them, as “the project cost over one million dalasis with funding from the German philanthropist who has the country at heart”.

Kalilou Jadama, Alkalo of Jamansarrba village, expressed joy and appreciation that his village is among the beneficiaries of the project.

He commended the Rural Development Organization under the coordination of the Chief Executive Officer, Jamu Ceesay, for bringing their dream to pass.

“We the community of Jamansarraba village are proud to have such a wonderful project supported by the German philanthropist,” he said, adding that the project is also geared towards empowering women and youth as well as to build community resilience. 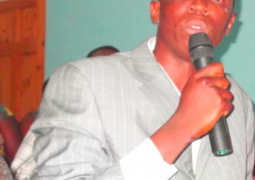