The 4th edition of the National HIV and AIDS partnership forum has been set for today 27th March 2013, aimed at creating a platform for HIV and AIDS-related partnerships between the government, civil society, private sector, the UN systems, and multi and bilateral donors for the achievement of share information relating to achievements, gaps, challenges and opportunities in the national HIV and AIDS response programme.

It also seeks to create a forum to comprehensively discuss issues on HIV related stigma and discrimination, as a key challenge in the national HIV and AIDS response.

The forum would also witness the launch of the elimination of mother-to-child transmission (EMTCT) plan, and to advocate support to facilitate the implementation of the Emtct plan.

Speaking to journalists at the National Aid Secretariat (NAS) conference hall along Kairaba Avenue, Ousman Badjie, Director of NAS, said the 4th edition of the forum would focus on partnership and elimination of mother-to-child transmission of HIV.

Nuha Ceesay, UNAIDS’s Country Officer, who explained that the first development forum for HIV gave birth to the second forum and the multi-sectoral dimension of HIV and AIDS, said UNAIDS has identified structures that would facilitate advocacy on HIV and AIDS.

For his part, Ahmed Jegan Loum, a representative of the National Aid Support Society (NASO), said the partnership is meant for different people coming together to achieve a common goal.

Ousman Bah of the National Aid Control Program, expressed delight to be associated with the forum. 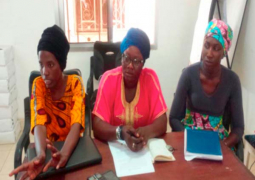 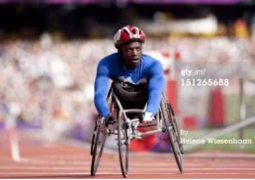 "A Bird in Hand is Worth Two in the Bush"